A Tribute to Breaking Bad. In Furniture.

A Tribute to Breaking Bad. In Furniture.

Like millions of other people, Jeb and I have been glued to Breaking Bad since it started six years ago. The tension leading up to the series finale was c-r-a-z-y, prompting me to boycott the Internets after 8pm last night for fear of getting smacked with a spoiler before we had a chance to sit down in front of the DVR. There were all sorts of theories posted last week about how the show would end, and I couldn’t bring myself to read those either. I didn’t want to know. I didn’t want any clues or tipoffs. So funny to feel that protective toward the storyline of a meth cooker psychopath.

Once we watched the episode, I couldn’t leave it at that. As a total Cowboys fan, Jeb will read story after story online after a big win (obviously, it doesn’t happen often enough for his satisfaction) to revel in the victory. I sort of felt something similar, wanting to read everything that anyone cared to publish about how it all went down in the end. Reading blog post after blog post was my way of not letting go, I guess.

If you’re going through the same withdrawls, here’s my own tribute to Breaking Bad. If the characters were expressed through home decor, here’s how they would shake out:

Lydia is stiff, pretentious, and uptight, much like this uncomfortable-looking daybed from Design Within Reach. Those little clouds of dust that come out of the cushions when you sit down? Don’t worry, it’s just Stevia. Or ricin.

Twighlight Sleeper Sofa in Charcoal from Design Within Reach, $1,900.

This one’s a no-brainer, although a case could be made for both Badger and Skinny Pete fighting over who gets to be this Money Bean Bag. Hundred dollah bill, yo! 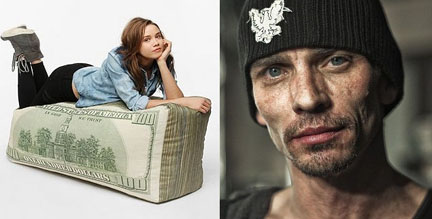 Junior will spend the rest of his life rebelling against his father’s greed, epitomized by this cheap, Average Joe chair from Ikea. 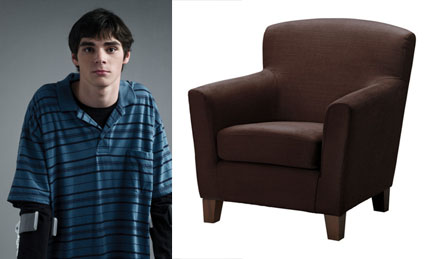 Mike is a nondescript, old-school, antique dresser belonging to his granddaughter, Kaylee. Years from now, she’ll accidentally chip off a corner while moving into her freshman dorm room. Upon closer inspection, she’ll discover that it’s not made out of wood at all, but crafted from pressed money and covered with an oak veneer to outwit the feds.

Todd is like a big, flat screen TV. You think you’re going to love it, but then it kills babies. 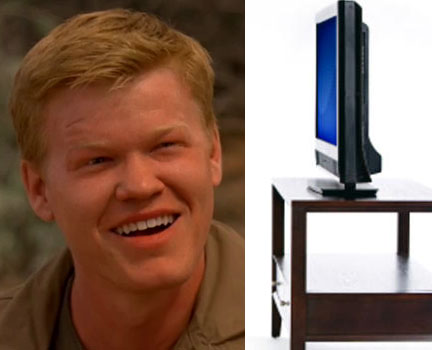 Gus is a buttoned-up-looking decorative pillow, filled with chicken feathers and buckshot. That kills people.

Much adoo has been made about how she’s always surrounded by/in purple. Marie’s multiple layers of grief will drive her to start shoplifting again. She’s a purple pillow cover, stashed in a purse when the salespeople aren’t looking. 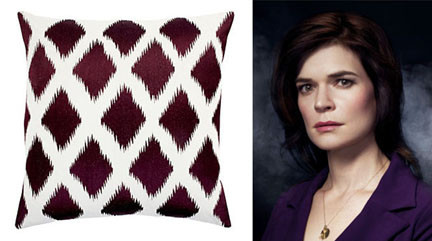 Diamond Ikat Pillow from Z Gallerie, $44.89 on sale (or free, if you go for a five-finger discount).

Geode Coffee Table, on display at the Gemological Institute of America, via Richard’s Travels.

Oh, Saul Goodman. You’d love to be a flashy conversation piece, but from now on, you’re Mr. Blend Into the Woodwork. In America, that means you’re a puffy, beige, microfiber sofa.

There is much speculation that Dude is destined to go off-grid, giving the show’s demented Jesus character a chance to tap into his unrequited love of woodworking. Jesse would be this DIY swing chair, made from a scavenged pallet–the perfect perch for the great outdoors. It’s a swing AND a chair, bitch! 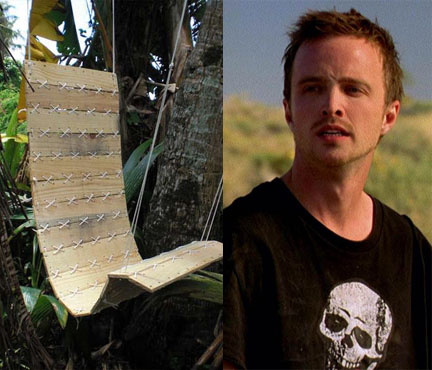 A disgraced single mom with two kids, trying to regain a sense of normalcy in her low-rent tiny apartment and working as a taxi dispatcher? Skyler is a small, cheap dining set snagged off of Craigslist, with a little bit of her newly-acquired angelic white tones. 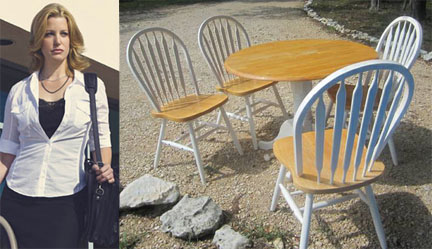 If Walt were a piece of furniture, you know he would be made of cold metal–twisted and distressed. 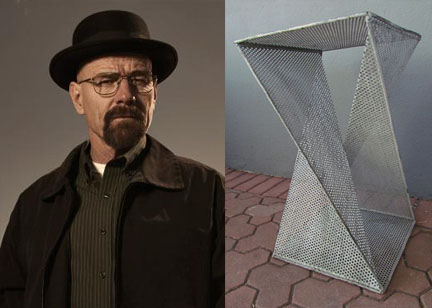