Artist of the Day: Satch Grimley

Artist of the Day: Satch Grimley 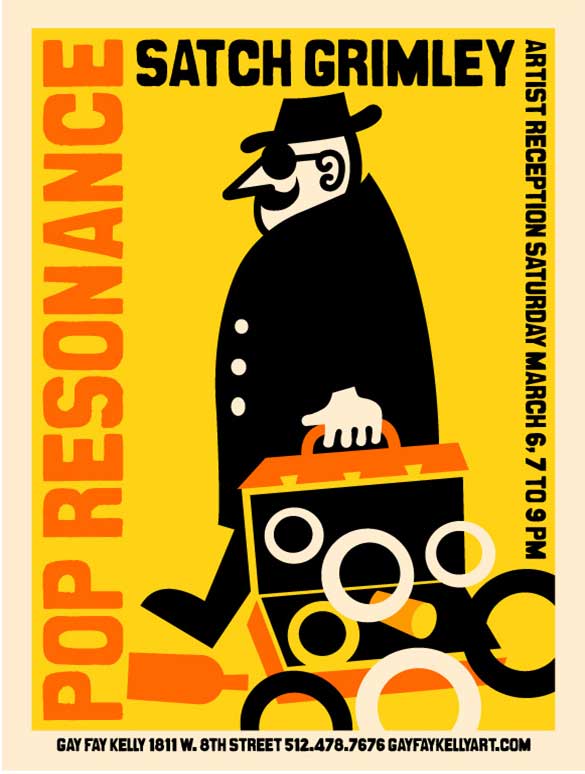 During the last East Austin Studio Tour, I had the opportunity to meet Satch Grimley and find out a little bit about what makes him tick as an artist.  A fan of using whatever he can scrap together–whether it’s creating kitchen cabinets out of found wood planks or treating the space-age-looking 1960’s intercom panel in his hallway as art, Satch incorporates the detritus of his dayjob as a silkscreen printer into many of his mixed media pieces.  (Next time you see his work in person, look for slivers of his concert posters for bands such as Franz Ferdinand, Of Montreal, Green Day, and Andrew Bird.) So it’s fitting that he’s giving away free copies of this silkscreened poster commemorating his opening this Saturday at Gay Fay Kelly, here in Austin.  Be there, or be square!