Catching Up with HGTV’s Antonio Ballatore

Catching Up with HGTV’s Antonio Ballatore 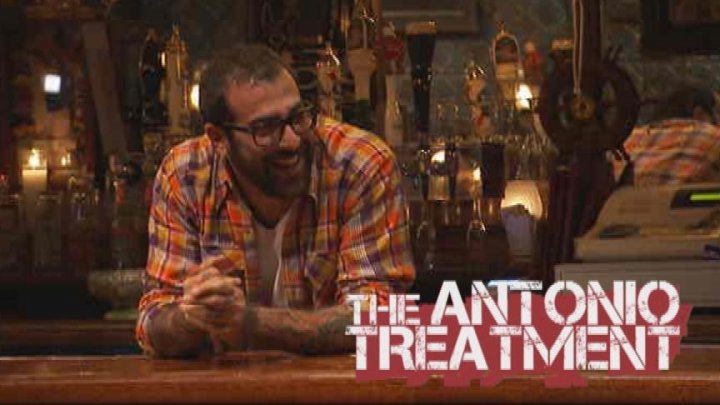 I cracked open a hole in my schedule to catch up with HGTV’s Design Star Season 4 winner Antonio Ballatore about his upcoming season of The Antonio Treatment. Viewers seem to either love or hate Antonio—there aren’t many people in the gray area.  No matter which side of the fence you fall on, there’s something for you to see this Sunday…as you’ll find out below.

In what ways has your life changed since you became a Design Star? I have more friends on Facebook!  Besides more people coming up to me and stuff like that, it’s pretty much the same.  I’ve been working pretty hard the past six months on the show and haven’t really had much time to really soak it in and go out and do much.

What can we expect from your first season? I think people will definitely find it entertaining and inspiring.  You’ll see me grow as a designer throughout the episodes.  We do commercial spaces, a bar, a retail clothing space, a hotel room, and all these random people’s houses.  It’s definitely a fun show.  The whole thing that I’m trying to get across is just to inspire people to do something a little bit different.  Use different materials, think outside the box.  Paint things different colors.  Personalize it and customize it.  I’m not trying to be Mr. Interior Designer 2010.  I just want to inspire people and have fun.  And entertain! 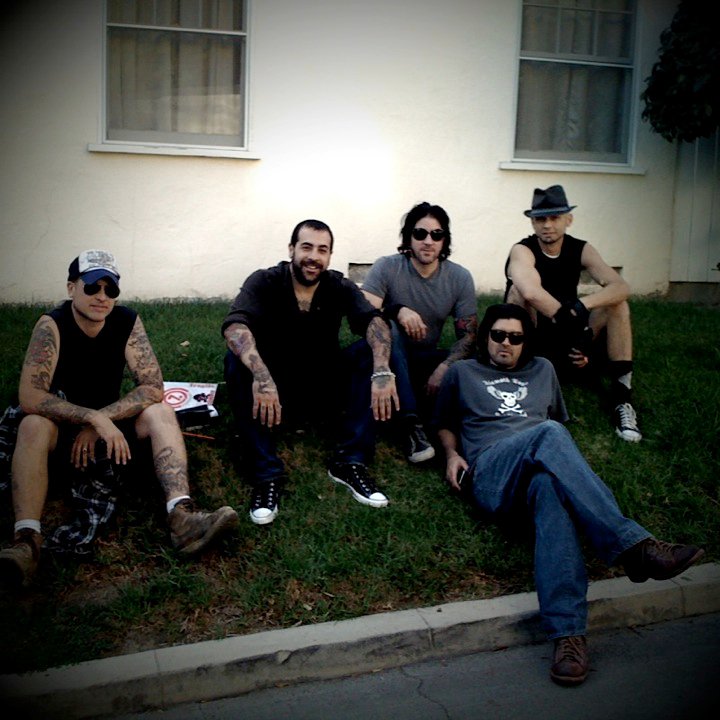 Have you made any tweaks to the show since that sneak peek aired on New Year’s Day? Yes, definitely.  The first episode was almost like a pilot.  That first show was centered more around reality and following me around and not really around the design.  The new show is definitely more of a design show.  I kind of liked the reality element—it made The Antonio Treatment feel different from other shows. Well, it’s not so much “less” reality, but there’s more emphasis on the designs and how I come up with all of that, rather than me and my guys just running around like crazy.  Less footage of you in your car? Yeah, exactly.

Have you ever thought of making over the Jersey Shore house or designing the next Real World house for MTV? Yeah, well, I lived through that in the ‘80s and I made it out alive—I don’t think I’m ever going back!  When we lived in New York, me and my buddies used to go down every summer.  The Jersey Shore was like the spot in the summer—and the Guidos were the same back then!  I would love to see you put the smackdown on The Situation. I don’t know if I could handle those guys!  The whole “Situation” thing scares me.  It’d probably be fun though.

Have any of the Design Star judges or your co-competitors given you any feedback on your show? Yeah, I’ve talked to Jason (Champion) and Jany (Lee) and Torie (Halbert).  Everybody’s pretty stoked for me.  (Well, maybe not Dan Vickery, your runner-up on Design Star.) They’re happy that I’m going for it.

With your music background, did you get to pick your show’s theme song? No, you’d think I would, wouldn’t you?  There’s a lot that’s out of my hands as far as the music and editing goes.  Which reminds me of something I want to talk to you about.  That Nathan (Galui) couch thing? I got so pissed about that because I went directly to the camera two or three times and gave Nathan big-time credit.  I dedicated it to him, I was gonna try to call him on the show, and it all got edited out.  But as far as Lonni’s wallpaper?  I was making custom wallpaper before Lonni (Paul) even hung a piece of wallpaper!  Well, she definitely didn’t invent custom wallpaper.  It was just that the two instances were so close together, timing-wise, that it seemed very “reminiscent.” Yeah, well.  I give credit where credit is due!

You had a few musicians visit during the New Year’s Day episode. Will you have other celebs make appearances during the regular season? Yeah, on the first episode, with Mario Lopez, a big guest comes in who’s pretty amazing.  Each week on the show, we’ll have different guest artists, whether it’s photographers, musicians, painters, sculptors…all kinds of crazy people every week.  Dan (Smith), from L.A. Ink, comes in to help me with a kid’s nursery.  Dan’s a tattoo artist—so a baby nursery is something you wouldn’t think he would do.  There are a lot of things like that throughout the episodes.  As we got deeper and deeper into the episodes, a bigger and bigger element of the show was exposing these really cool artists that do out-of-the-ordinary things.

As a Texan, I would be remiss if I didn’t bring up the fact that you recently posted a link to a Willie Nelson song on your Facebook page.  I wouldn’t have figured you for a Willie fan! Are you kiddin’?  The first show I ever saw in my life—when I was twelve years old—was Johnny Cash at the Playboy Club in Vernon, New Jersey.  I’m a huge country fan.  Hank Williams, Johnny Paycheck, George Jones…I love all that stuff.  Timbo (Gruse), one of my main guys on my crew, has a really great country band that tours all over the world, called Speedbuggy.  He plays on one of the episodes.  That’s another funny thing too—throughout the season, we started bringing our instruments out more and more and Timbo would write country songs a lot.  I don’t know if it will make the final cut, but we did a lot of jammin’ and had a lot of fun. 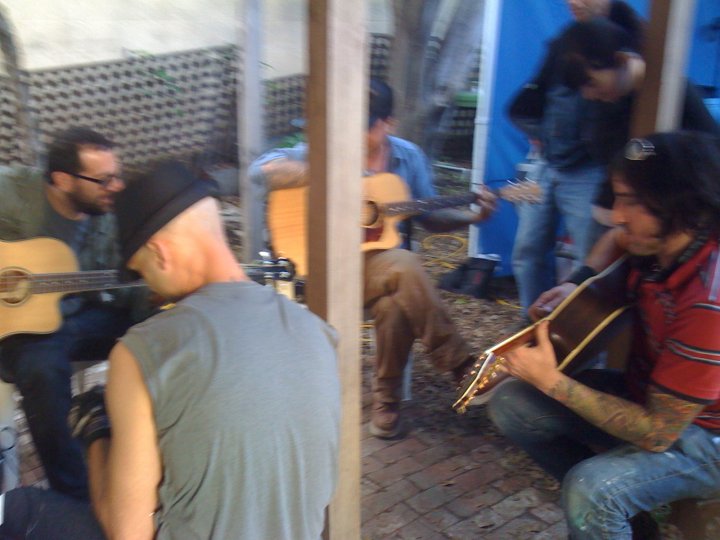 So after your buddy split his hand open on that first episode (Greg Gatti, a.k.a., Frankenfinger), did the legal team crack down on y’all to start wearing protective gear? Yeah, definitely!  We went into that first episode just goin’ all out, but then we re-evaluated, took a step back.  At least we got it out of the way the first episode and he’s all healed up and good now.  It just makes for a funny story.  We all made (safety) more of a plan after that—we didn’t want anyone getting hurt.  It was more than just the legal department.  It was more about us looking out for each other.  We’re all buddies.  Me and Greg go back to when we were kids.  (Jacob) Hooper, my main wingman, we’re friends twelve, thirteen years.  Timbo was on the last episode of Design Star, he was one of the main carpenters on that.  We became a really tight crew. Looking back, I really miss everybody and can’t wait to start it up again.

You mentioned on Facebook that you’d lost 35 pounds.  How’d you do it? Chicken cutlets and a trainer (Basic Training PFC’s Sean Khoda)!  I was eating so many chicken cutlets I was ready to snap.  I couldn’t take it!  I turned 40, was recently single…I was looking at myself on camera and was like, “I’ve got to get it together!”  So HGTV didn’t ask you to drop a few? No, not even close.  That was all me.  Plus, I knew what the schedule was going to be like.  I knew I needed to be in a little better shape to be able to handle it.  We were doing eighteen-hour days for almost sixteen weeks.  We were pretty beat up during the whole thing.  So do you recommend the chicken cutlet diet? No-o-o. I don’t recommend that!  I got a trainer and I just really worked hard.  I did a lot of cardio and have a couple of friends who train in MMA (Mixed Martial Arts), so I would go roll with them and get some exercise in.  I felt the best I have in years, so it was good.  I took Tae Kwon Do about ten years ago and I agree, I’ve never been in better shape…I just couldn’t progress to the part where you actually started hitting people. Yeah, no, I don’t like any of that either—although on this first episode with Mario, we get in the ring and we go at it full force.  He lit me up pretty quick!  For all the Antonio haters out there, they better tune in for this one!  They’re gonna love it!

So, what about your love life?  You’re recently single? I really haven’t had any time to lock anything down.  Me and Chewie (Ballatore’s dog) need some love over here!  Cue the Facebook fans.

Do you have any advice for the next round of Design Star hopefuls? Yeah, just be yourself, try to be original and be ready for the hard work, because it’s not easy!  With Mark Burnett in the picture, what do you think will be different? I don’t know, but I’m excited to see where he takes it and what his vision is on it.  (I think I know a little something about his vision on it—part of one of my predictions has already come true!) You know it’s going to be good.  He’s going to take it to another level.  Hopefully I’ll get invited on it!  At least let me come in and mess with the people!  What kind of task would you throw at them if you got to hand down a challenge? Well, I’ll tell you…I wouldn’t throw the kitchen challenge at them.  I wouldn’t wish that on anybody.  That was the one that cracked me.

Wait— I’ve got a challenge for them.  They can sit in front of a bunch of bloggers—see how they take it!

The first season of HGTV’s The Antonio Treatment will premiere this Sunday, March 14th, with back-to-back episodes starting at 10pm EST / 9pm CST. I’ll post my review(s) by mid-week too, so check back!