Yesterday I got all braggy about the Celebri-Tree I decorated with KEYE anchor, Judy Maggio. Today I extend my brag session by showing you what I did for Ray Benson’s Celebri-Tree. As I’ve mentioned, this is an event put on by the UT Co-Op, and these trees will be auctioned off to benefit The Rise School of Austin. You can also view the trees starting tomorrow night at 6:30pm, when the silent auction period kicks off. Both the auction and the viewing run through December 12th.

There’s a minimum of $250 to bid on each tree. If you don’t have the budget to support the cause in that dramatic a fashion, you can vote on your favorite tree by donating a buck or two (or more) to the tree of your choice. There will be little boxes at each tree where you can cast your vote. My plea to all of the Internets: please vote for one of my trees!

Now, the trouble with decorating Ray Benson’s tree is that there was SO MUCH rich content from which to divine some inspiration. He’s of course known far and wide for being the Grammy-winning front man for Western swing band, Asleep at the Wheel. He’s got some killer boots and has been known to hobnob with Willie Nelson. He owns the Rattle Inn. He has a recording studio. It goes on and on and that’s just the stuff you get via Facebook and Wikipedia.

So. I kind of went crazy bananas making ornaments for his tree, too.

First, there was the tree topper and garland, which I made out of copper perforated hanging strap. I liked that it was masculine (hardware!) and had a circular theme (wheels!): 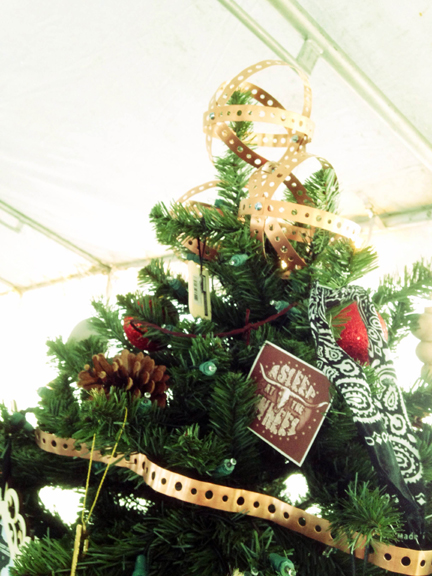 I ripped up a couple of black bandanas to tie onto branches, added cinnamon-y pine cones, and wrapped a faux (soft) barbed wire garland around the tree. Ray’s manager supplied some cool stuff to decorate with, like round coasters from a joint release with Willie (Willie & the Wheel) that looked just like ornaments already.  Sometimes, all you need is a hook… 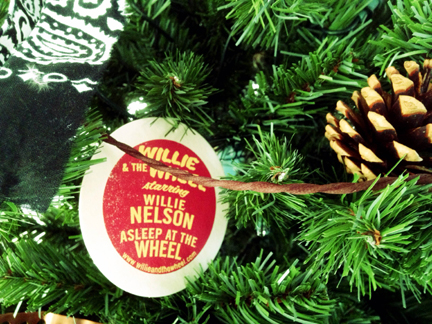 They also supplied several CDs, some of which are autographed. 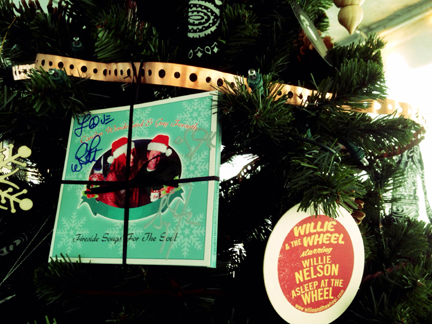 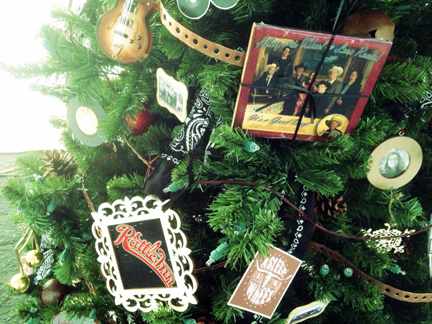 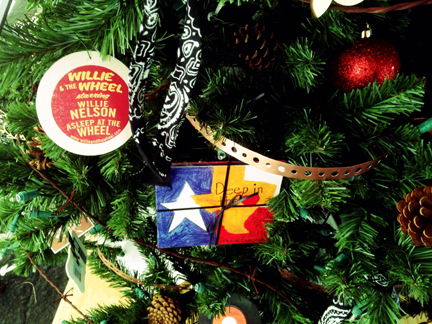 You’ll notice some laser cut wood snowflakes and frames, which I used to highlight pictures of the performer and his pet projects, and his AATW bandmates are featured as well. There were also a lot of backstage pass -ish stickers, so I turned them into ornaments, too. 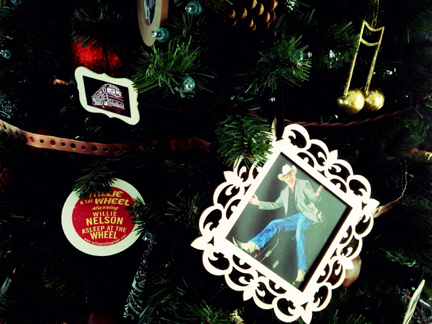 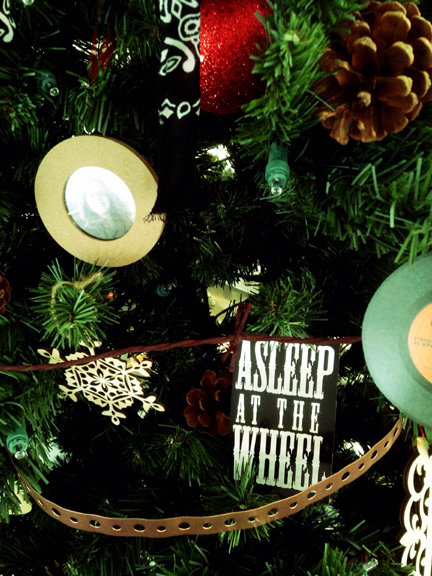 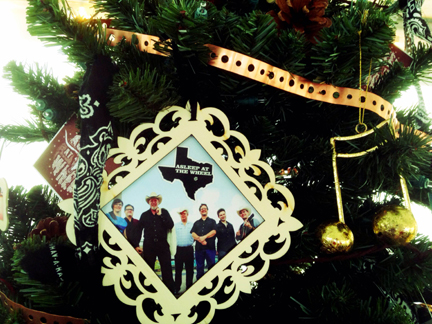 There had to be jingle bell music notes and a few instruments–obvs. 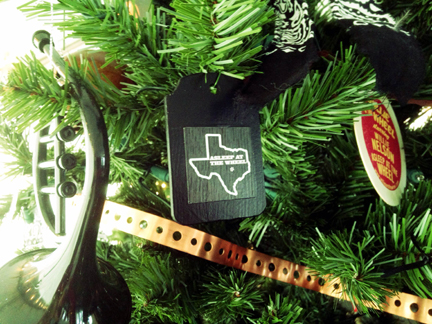 For the tree skirt? I wanted this galvanized tub thingie from Crate & Barrel, but couldn’t afford it. Instead, I used inexpensive cowboy hats from Oriental Trading–FTW! 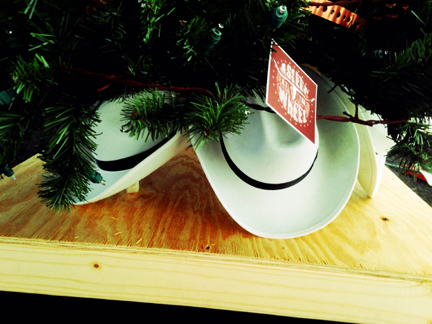 The result is sort of a museum exhibit, actually–there are just so many different photos and mementos to check out. The life and times of Ray Benson–so far–decoratively assembled onto a Christmas tree. What more could you want this holiday season?

Come out to the Co-Op to check out Ray’s Celebri-Tree in person, and vote for your fave. Interested in supporting a great cause like The Rise School of Austin in a big way? Then saddle up for the bidding wars, my friend! For more information on Celebri-Trees, check out the Co-Op’s events page.