As a big fan of Bravo’s Flipping Out, I was interested to see Jeff Lewis’ new paint line from Dunn-Edwards, available locally at eco-friendly home improvement mecca TreeHouse. Ironically, Jeff Lewis Color’s 32 shades are more neutral than colorful, but that’s to be expected if you’re familiar with Jeff’s sophisticated design style. 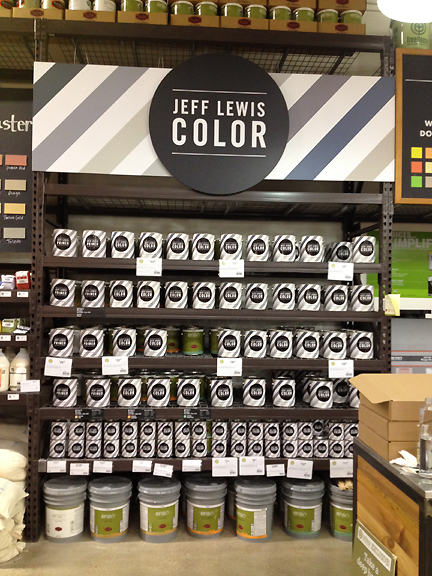 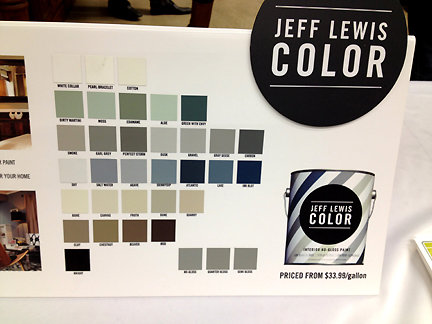 If you watched the last season of Flipping Out, you know that Jeff wanted to have a little fun with the paint color names. Here are a couple he managed to get past the brass at Dunn-Edwards: 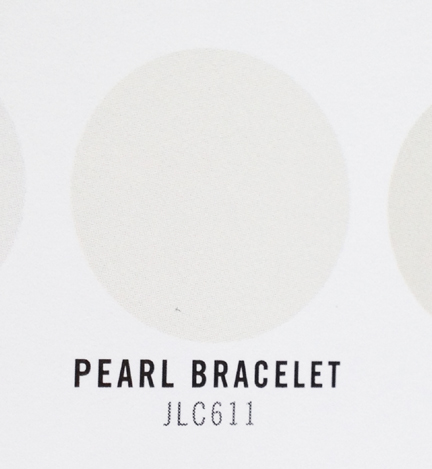 You know what he REALLY wanted to call it. 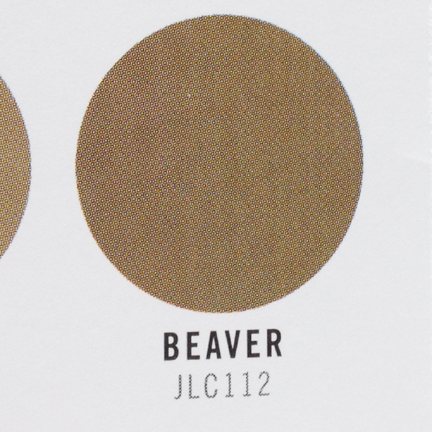 I had a chance to meet both Jeff and his supercute partner, Gage Edward, at TreeHouse last Friday. Greeting a line of fans that trailed throughout the store like a cue at DisneyWorld, the pair also passed out free paint samples. 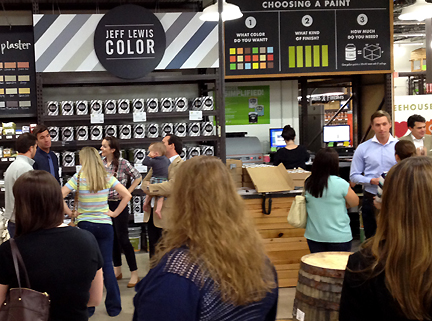 After waiting two hours, I finally got a pic with Jeff. Interestingly enough, when I asked him if he was in the mood to take a funny picture, he shocked the hell out of me by declining. “Please don’t make me,” he begged. I guess when I think about it, he makes his staff do absurd things on the show, but he’s not so much into absurdity himself, aside from what comes out of his mouth sometimes. So I ended up with a standard issue pic: 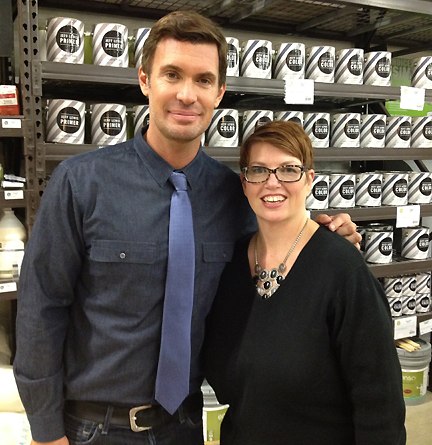 I also had a chance to chat with Gage about scheduling my interview with Jeff, which has been postponed twice. *sigh* I don’t know if it’s going to actually happen, but I have my fingers crossed for later in the spring. 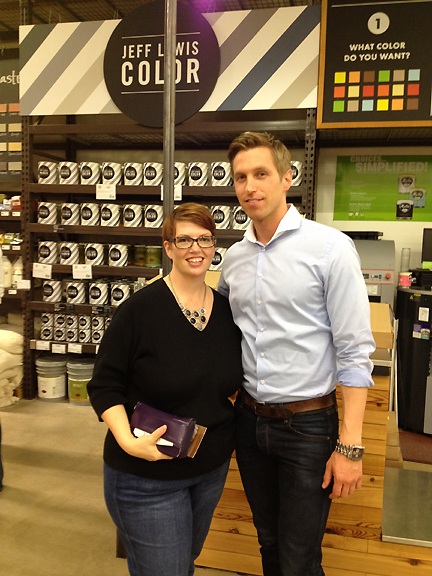 How does he get his collar to do that?

Was so psyched to run into clients Toni and Kerry as well! 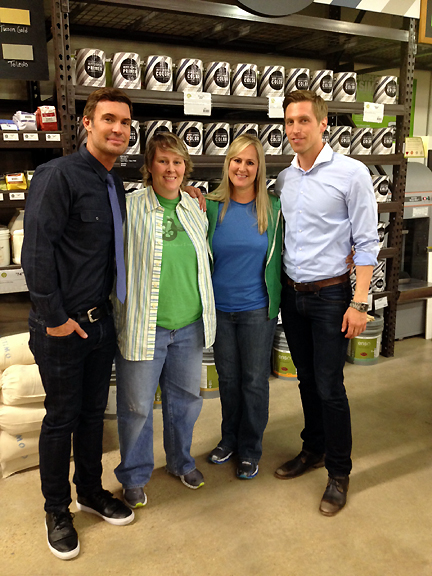 Jeb and I got a couple of samples for ourselves, and an autographed paint brochure. 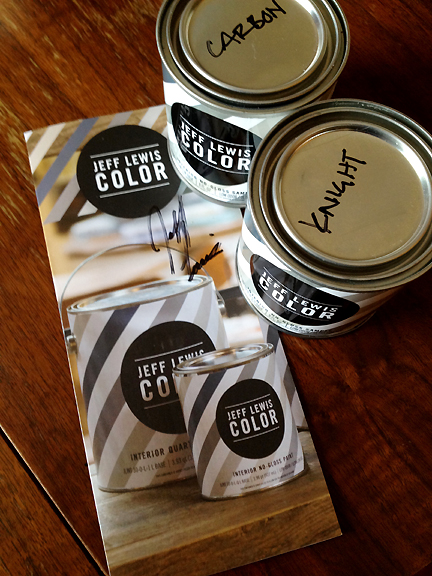 Along the way, an uberfan came running into the store, screaming excitedly, “JEFF LEWIS!!! JEFF LEWIS IS HERE!!!!” As we say here in Texas, bless her heart. At least she provided comic relief while we were waiting in that eternal line.

Did you meet Jeff and Gage at TreeHouse or at the Austin or San Antonio Home & Garden shows? Have any funny experiences to share?