Sensational title, huh?  Before you get too excited, I’m talking People and InTouch, not the National Enquirer. 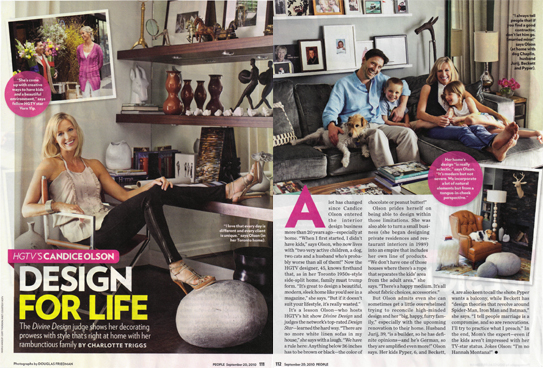 Even though I heart Design Star alum Jason Champion to death, I’m cracking up that he’s taking ownership of the faux animal head seen on Candice’s fireplace, just because he and teammate Jen Guerin incorporated similar ones in their first Design Star challenge.  As if he carved the head himself.  (Note to Jason, if you buy a mass-produced objet, chances are good someone else bought it too.) I’ve been lusting after the felt river rocks Candice is sporting as ottomans for at least a year…if you are so inclined, you can find them here.

About her appearance in InTouch, Genevieve tweeted, “Why am I always in this magazine when Scott is being a dick?”  (Referring to Kourtney Kardashian’s jerk of a baby daddy.) She shows off a little corner of her home–as well as her rockin’ bod–here: 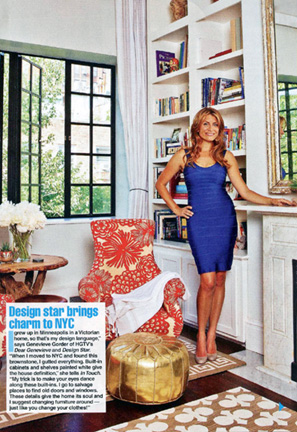 Hey…I’ve painted built-ins white before.  Can you believe she ripped that idea off from me?