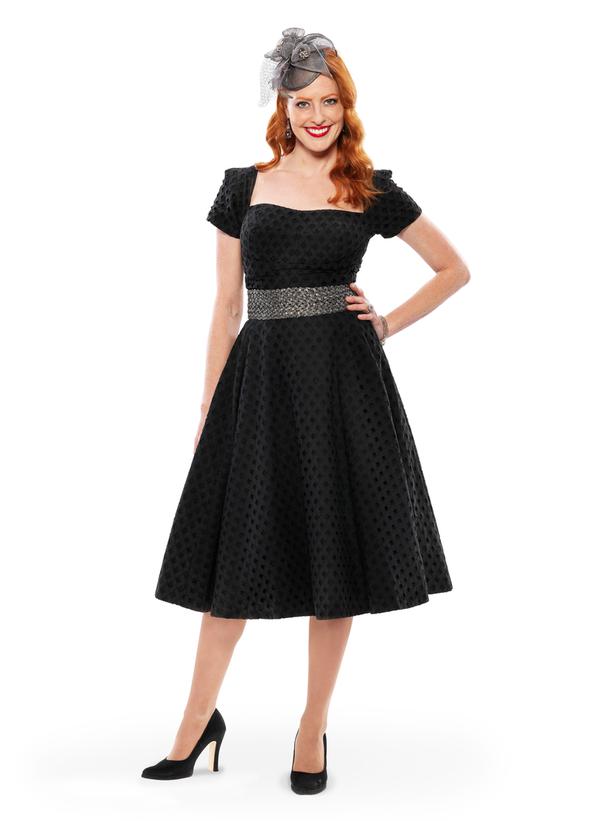 HGTV announced its new cast lineup for Season 7 of Design Star, and as always, it’s a mixed bag of tricks. Who better to start off our annual cast critique than Bex Hale, from Abilene, Texas!

You have actually “met” Bex before on this blog, without knowing it. Some of you may remember that I saw someone at the casting session here in Austin who was wearing a church lady hat and an icky outfit…then found out through the grapevine that she had progressed to the next level of casting (scroll down to the bottom for visuals)? Well, that was Bex.

There’s no way I saw her correctly. You just can’t convince me that this gorgeous gal was the frumpy woman I saw at the casting session. Plus, I have searched the Internets far and wide and while I have seen oodles of pictures (and videos) of her in hats, I’ve yet to find one I would describe as frumpy. I’ve confirmed that Bex is indeed the friend of the Donna-Decorates-Dallas-style designer I mentioned in my earlier casting session post, so all I can say is there must have been some sort of across-the-room visual distortion going on.

Bex Hale, a.k.a. Rebecca Allen Hale, has one of those names that sounds manufactured (bEXHALE) but probably wasn’t. Slap on the vintage wardrobe and she’s starting to get very film noir. Originally from Portland, Oregon, Bex and I have a few things in common besides our occupation…red hair, an extensive hat collection (at last count, I had 92, mostly vintage), and we’ve both attended Abilene Christian University and lived to tell the tale.

Shocker, I know. Listen, my parents made me go for one hellish year and then I got the hell out as quickly as possible. My experience is that it was a great place to go if you wanted to be married by the age of 21, but not necessarily so awesome if you were a woman with a brain in your head and an intention to use it. I could bitch about how evil ACU and its ilk are for hours, but that’s not why we gathered here today, so let’s get back to Bex.

Girl has some chops. She’s the longtime owner and lead designer of Relics Home in Abilene, a retail furnishings store featuring many fair trade and recycled products. One of the “Best Stores in Town” according to Shopping Across Texas, the store has some devoted fans. 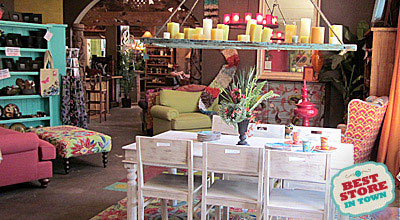 I don’t love everything in her portfolio, but there’s some good stuff in there.

I’m in love with this composition, with the bright blue wash on these carved church doors: 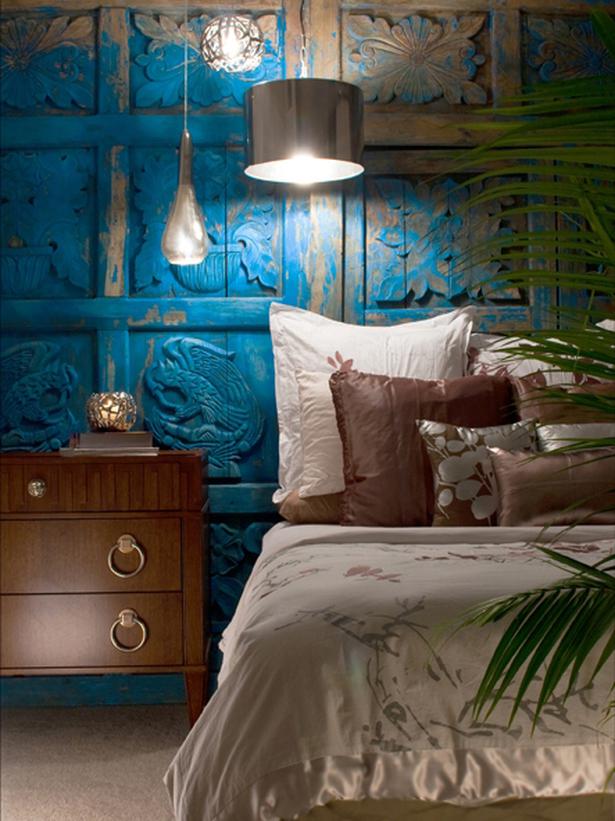 The wall shelves are beautiful, and although I’d want something comfier in the bedroom, this industrial chair is pretty cool: 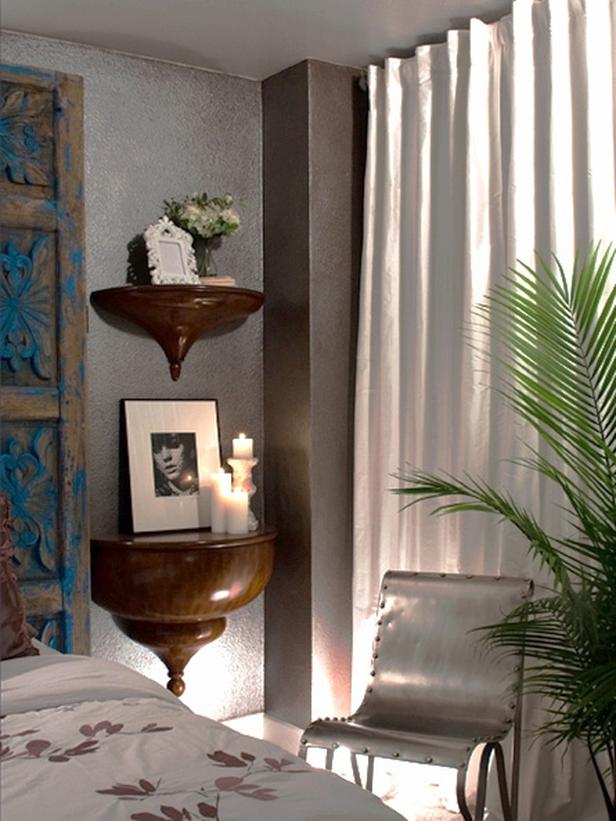 I’m still not sure I like this Bex-designed metallic wallpaper, but I applaud the risk-taking and the blue-orange combo. High drama. 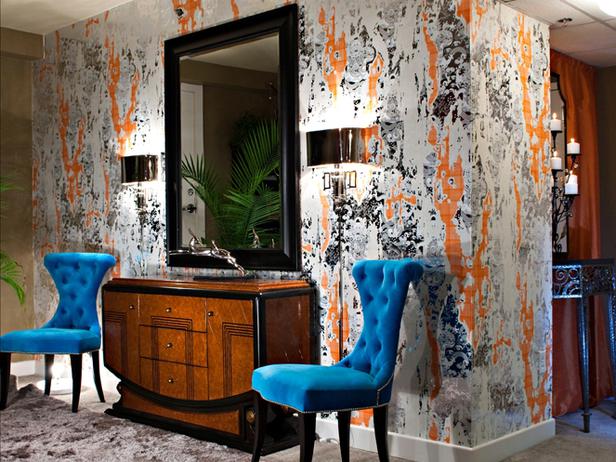 And three cheers to anyone who would hang a velvet Elvis in their dining room–I truly love that bit of humor! 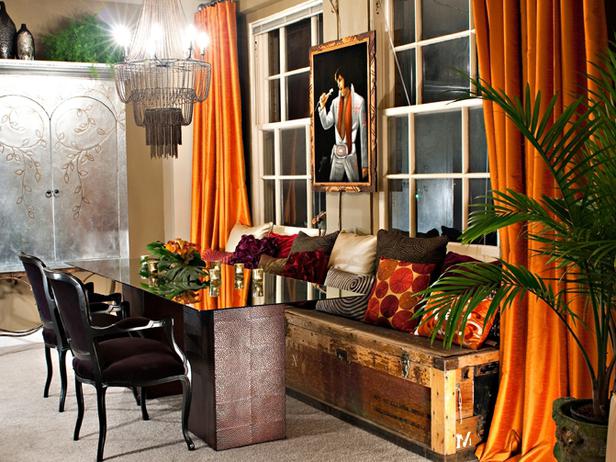 Last but not least, I’m a big fan of dark and dramatic bedrooms: 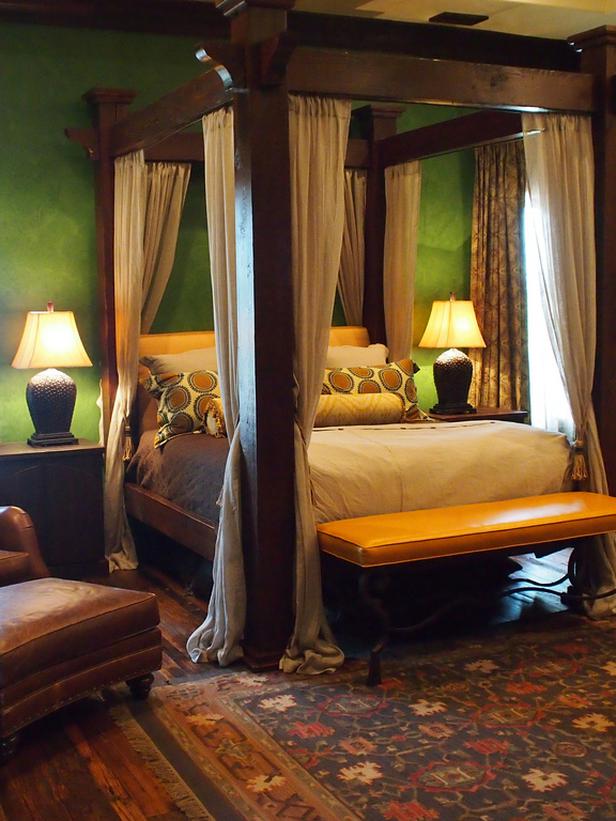 This is all well and good so far, and if we only had these images to go by, you might say we have a winner. Bex seems comfortable on camera, has a uniquely attractive look, and has several beautifully-composed rooms in her portfolio that are shot by professional editorial photographers. But then her portfolio takes on some serious Texas Twang and there’s enough faux finishing and peach paint to choke a longhorn: 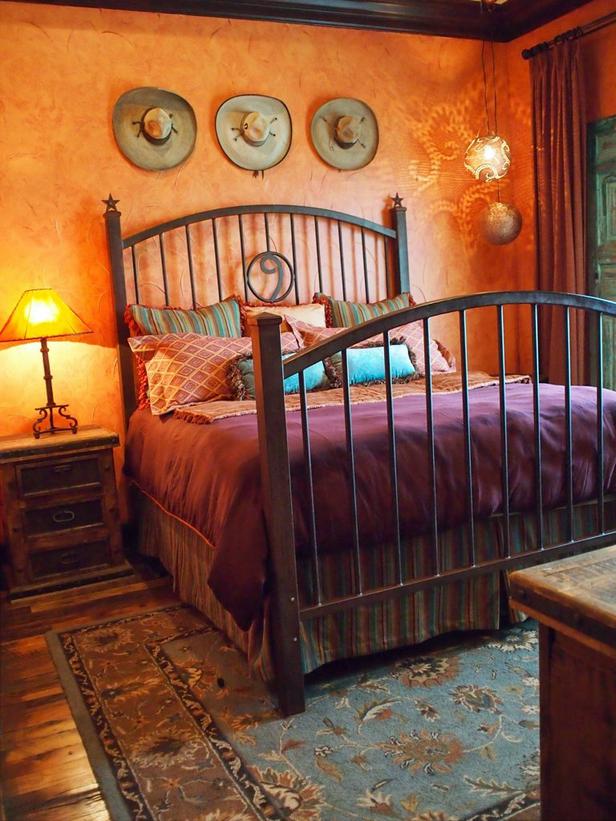 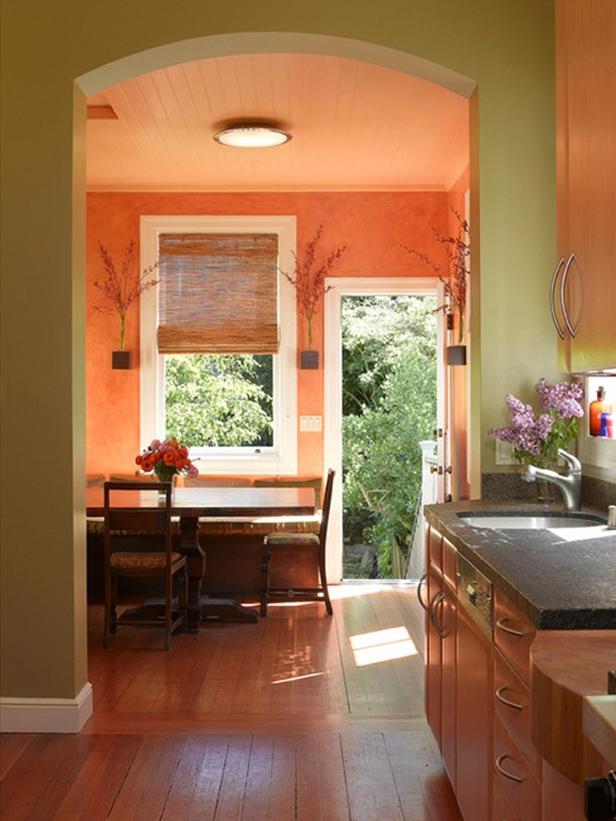 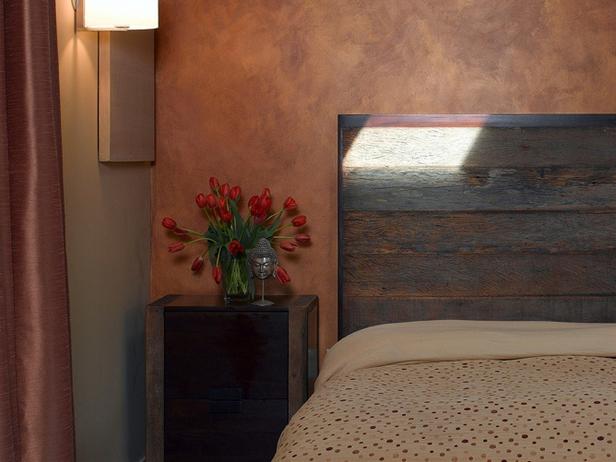 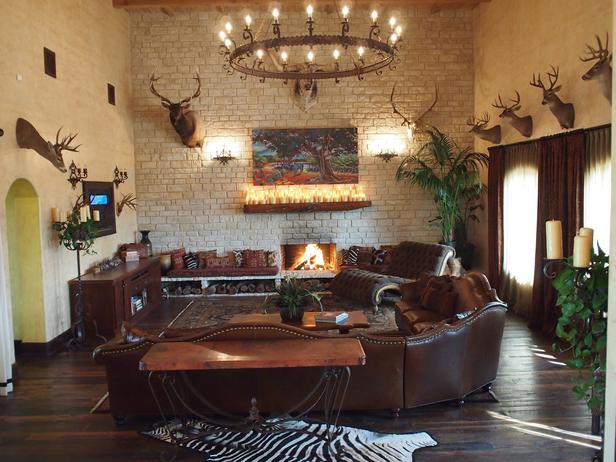 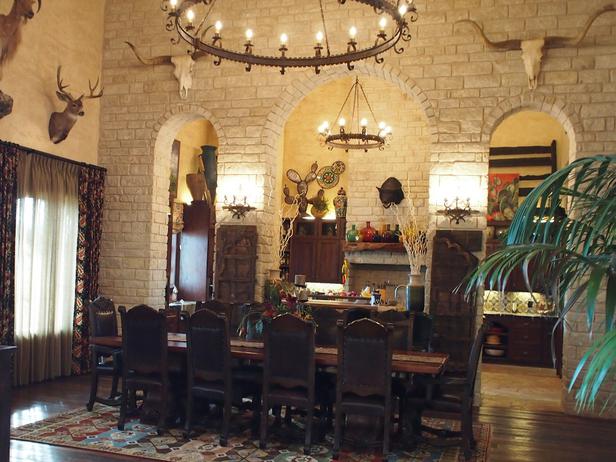 Finally, here’s a room that screams, “I’m going to sell these rich yokels as much merch from my store as is humanly possible.” 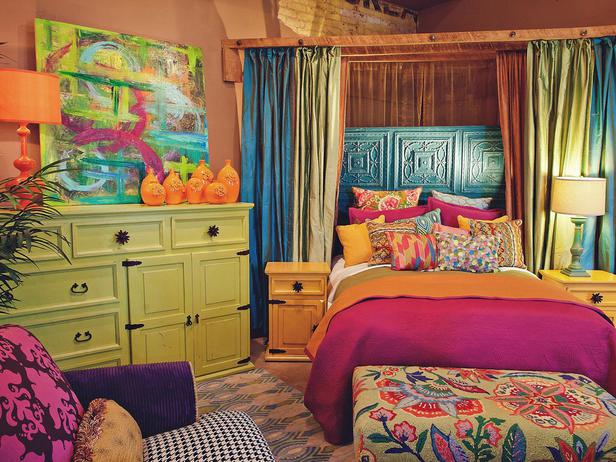 There’s a lot of potential for this room to be cute, but it’s in need of serious editing. Despite the description on hgtv.com referring to this as a teenager’s bedroom, I’ll wager that what we’re really looking at is an in-store display–which is a whole other animal. I’ll double down and bet you dollars to donuts that all of the photos you see above that do not feature an actual window (curtains without exposed windows don’t count) are also in-store displays. If so, I wish they’d just been labeled as such.

The seventh season of Design Star premieres on HGTV, May 29th.