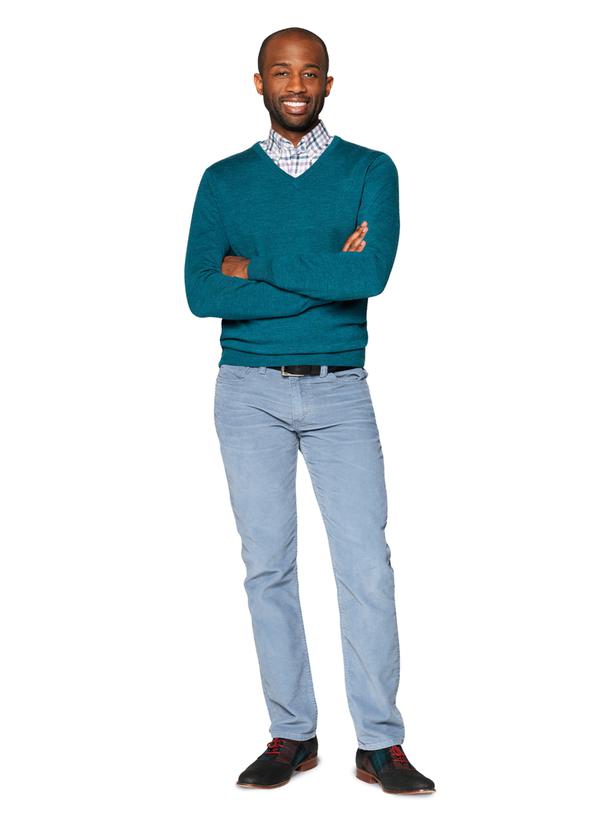 I have a feeling that HGTV Design Star Season 7 finalist Mikel Welch will be both endearing as well as a pisser. Dude is a FIGHTER. And I mean that in the best way possible. Mikel’s fierce determination has propelled him to this spot. He’s been willing to go anywhere and do anything that would bring him closer to his design goals. He’s slept on people’s sofas. He’s taken odd jobs. He’s advertised his design services in other cities just to test the potential for work. He’s flown across the country–not once, but twice–for the off-chance of getting a coveted set design job. He’s solicited for work from some of the biggest names in the business. He’s lived on food stamps when he’s had to. He’s worked at The Container Store. He’s worked at CB2. He’s done whatever it took to navigate his way into the design world, and not only was he rewarded with an internship on the set of HGTV’s Secrets From a Stylist, now he’s on Design Star.

I think he’s earned it.

His work is difficult to judge. It ranges from amateurish: 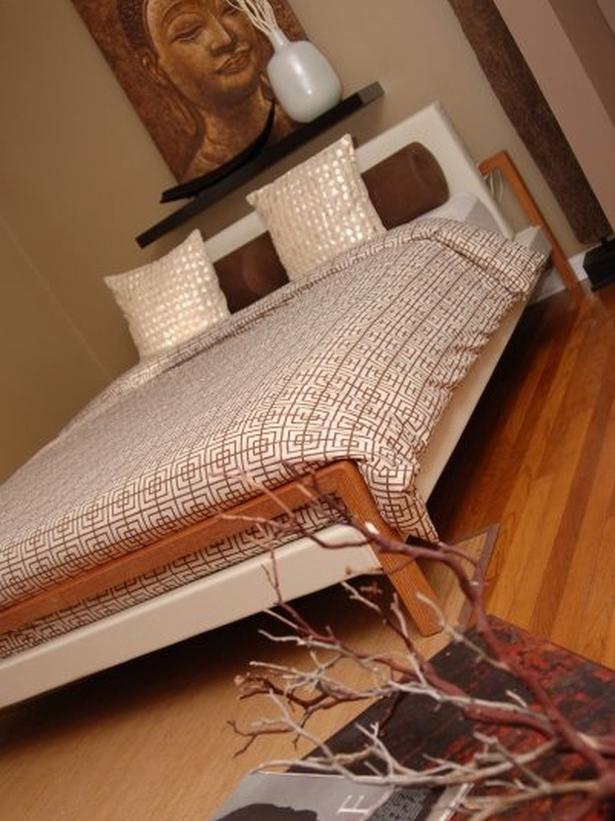 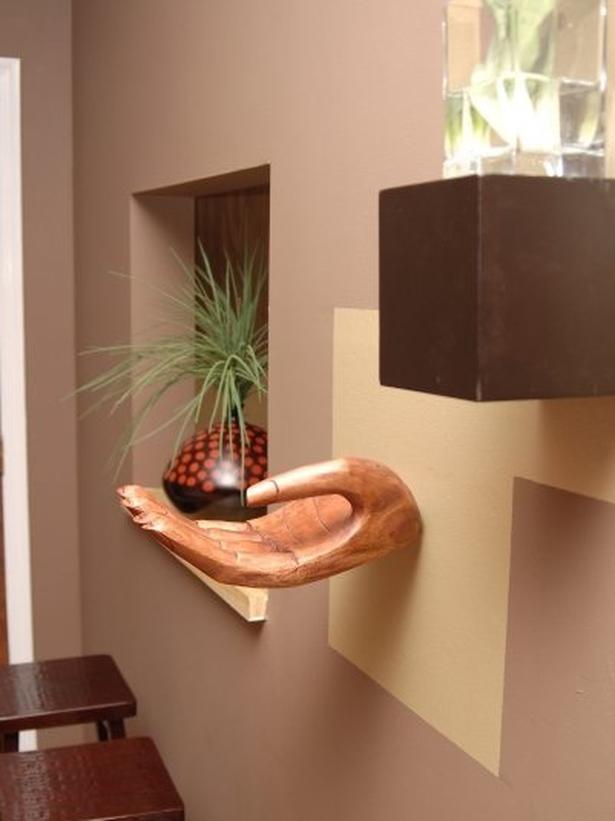 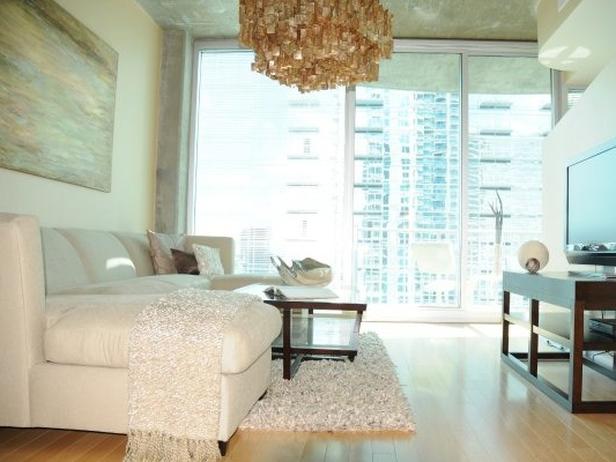 Staging a home doesn't mean you have to make it boring. The only thing that saves this model home living room is the chandelier. 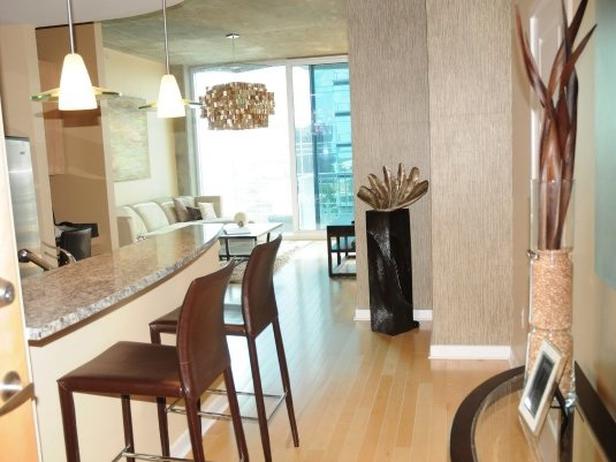 This staging project has more life in it: 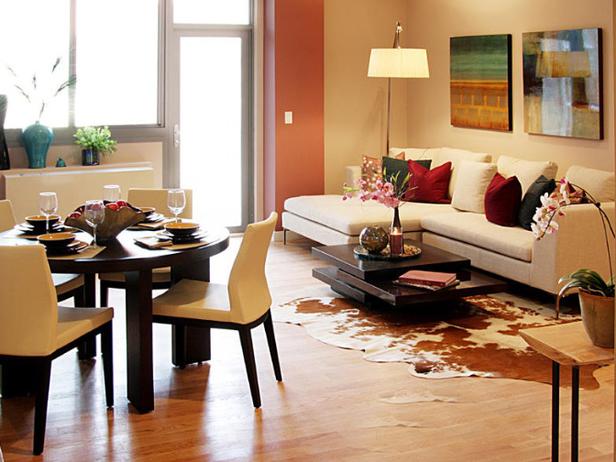 Then there’s the cra-cra stuff he’s done for the sets of Jerseylicious and Glam Fairy, but who expects anything refined and tasteful out of those shows?? 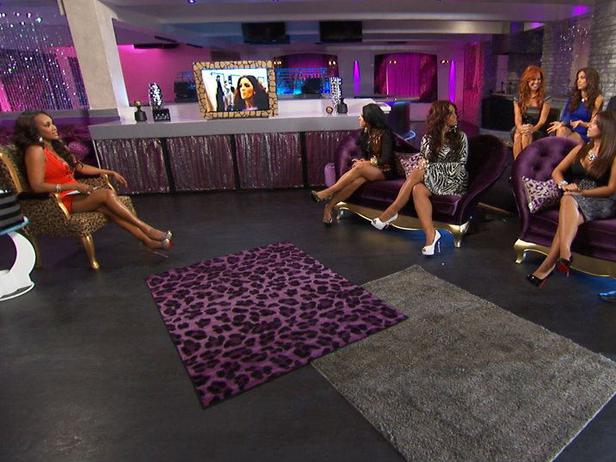 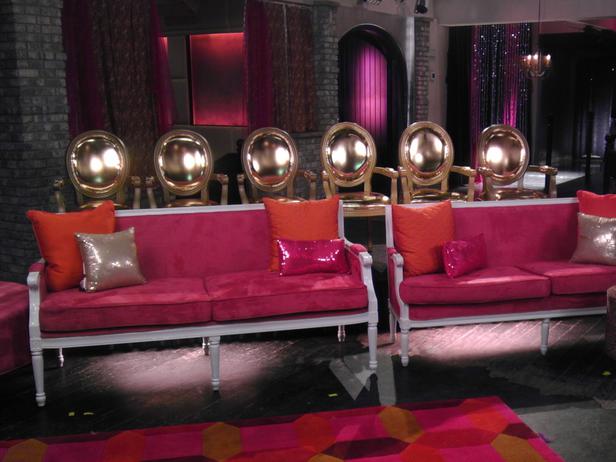 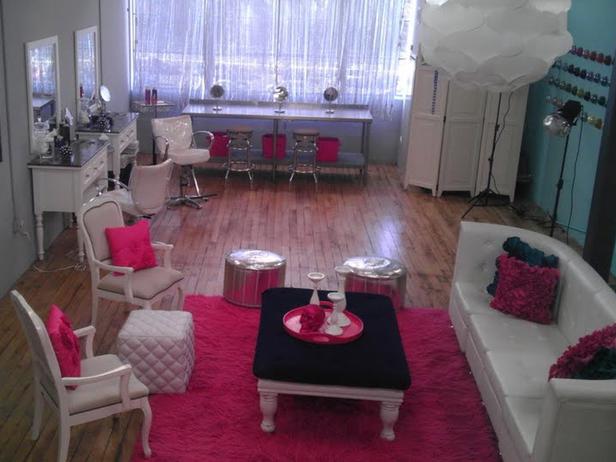 What can I say, those sets are appropriate for the shows. You have to consider the client.

I do really love this dining room in Mikel’s portfolio: 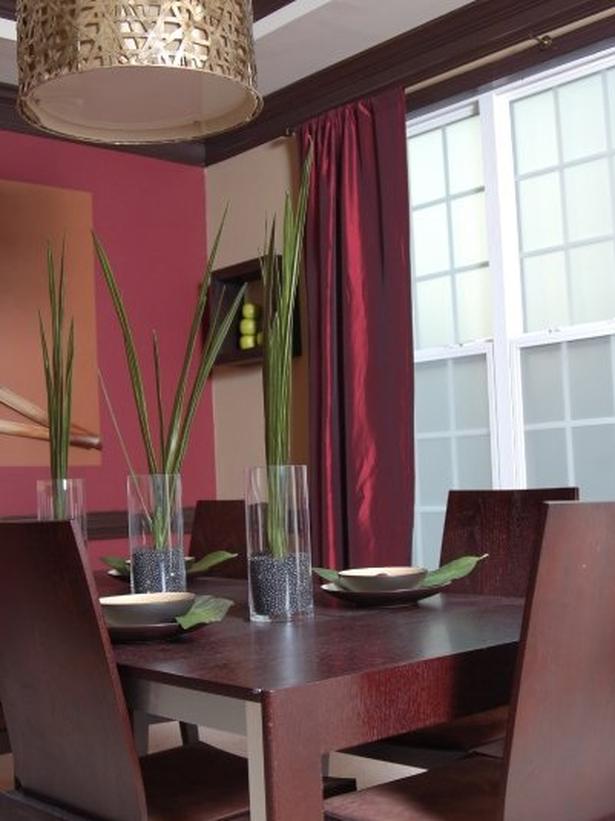 The combination of the antique gold on the pendant light and the purple curtain panels–I’m a sucker for this color combination–it’s a winner in a modern dining room. If I had one request it would be to have some sort of pattern somewhere, maybe some tabletop textiles or seat cushions–something to break up all of the solid color in the space. 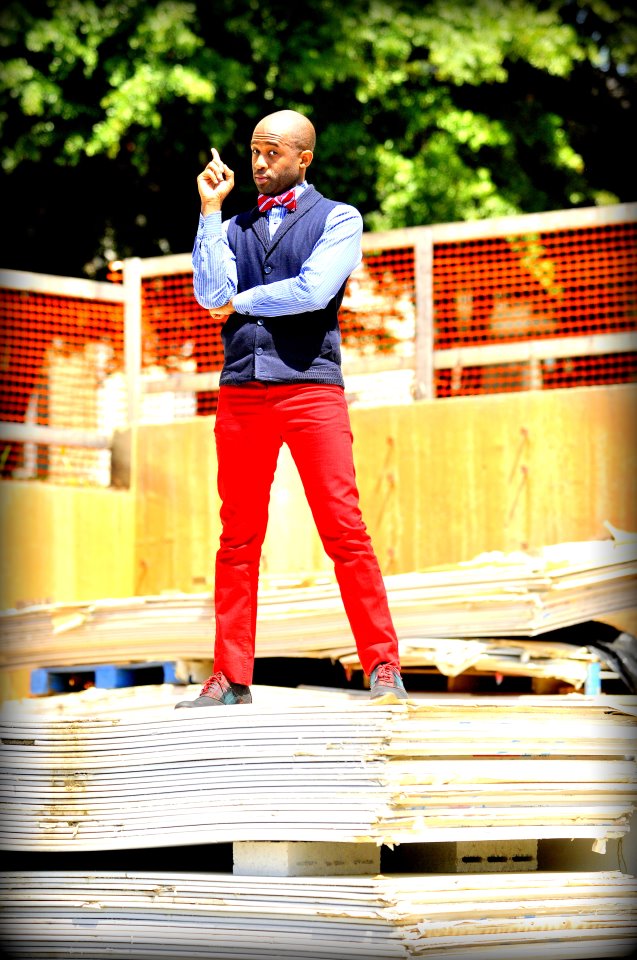 Dude can rock a bowtie.

Bottom line, we can expect two things from Mikel. Well, maybe three. (1) He’s going to show up looking awesome. (2) He’s scrappy enough to work on the fly and make things happen. (3) He just might step on a few toes to get to the top. I don’t anticipate him turning into some kind of asshole, but Mikel wants it.

Will I finish the remaining three finalist profiles before tonight’s premiere?!?