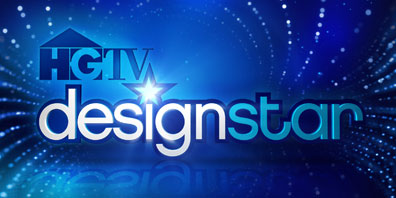 Between my chronic knee issues and the two hours of horror stories I heard off the record from one of last year’s cast members, I had no desire to try out for Season 8 of Design Star. I’ve interviewed so many people who’ve been on the show and gotten close to some of them over the years and for every anecdote of great opportunity arising from being on the show, I’ve had to sit through 100 other conversations of bitching and moaning about how used and abused these people have felt. In the beginning, I’m sympathetic but some of the ones I’ve stayed in touch with were traumatized too much and can’t let it go. I don’t want to become one of them, yammering on years down the road about how they were set up to fail time and time again. And if you think I’m just talking about the ones who didn’t win their own show, you would be wrong.

That said, I’m always curious about the new cast, always hopinghopinghoping the new season of the show will surprise me and be about good design.

So when San Diego retailer Debi Beard emailed me about her Design Star Season 8 audition, I thought I’d share it with you. If you’d like to read the story of a 40-year old doe-eyed innocent from San Diego who made it far enough through Season 8’s casting process to get a trip to NYC out of it, read Part 1 and Part 2 of Debi’s story.

I would tell her what last season’s whistleblower told me: Be glad you didn’t make it onto the show.