Drawing Inspiration from the Golden Globes

Drawing Inspiration from the Golden Globes

I’m not usually one who has to watch awards shows. Apart from seeing what everyone is wearing, the percentage of time spent on boring thank yous far overwhelms the interesting moments. But since Tina Fey and Amy Poehler were hosting last night’s Golden Globes, I figured they would make the telecast worthwhile and I got sucked in.

True enough, if you edited out the ubiquitous nods to “my team” and endless lists of names only Hollywood insiders would ever recognize or appreciate, you’d be left with about 20 minutes of footage worth watching. When you think about sources of inspiration for home decor, maybe the Golden Globes don’t immediately come to mind…but it’s exactly these bits of visual stunnery (yes, I’m making up words now) and haunting emotional moments that can impact what we’re drawn to in the days following such an event. Here’s what made a lasting impression on me from the Globes last night, and how you can incorporate these influences into your home decor: 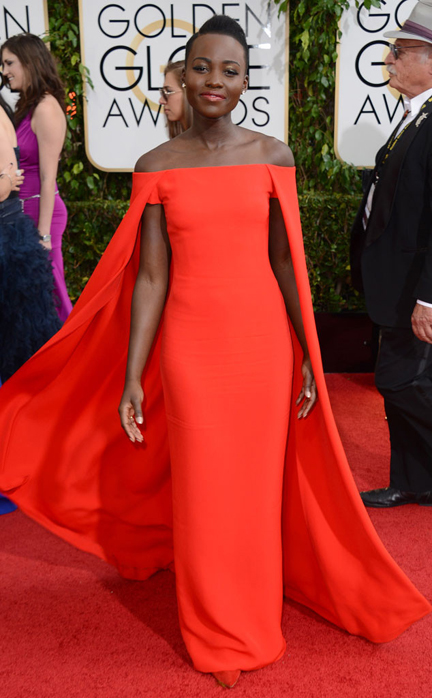 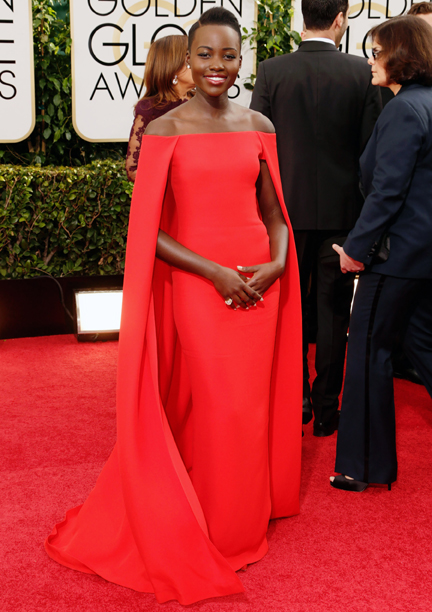 In the history of red carpet appearances, this has to be the single best red carpet look EVER. Wearing a minimal dress by Ralph Lauren, Lupita Nyong’o stood out among all other stars and all other dresses. I’m borderline obsessed with the power and restraint of her whole look–her hair, her understated accessories, her (seemingly) effortless elegance, and that amazing dress. I’m sure this gown would look great on a lot of people, but this is one of those instances where you just know the woman and the dress are a match made in fashion heaven. If Lupita’s look epitomizes your own personal style, you’ll love this spare, mid-century modern chair designed by Adrian Pearsall and reupholstered by Remnant: 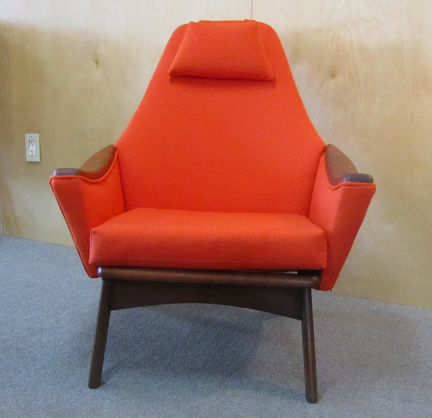 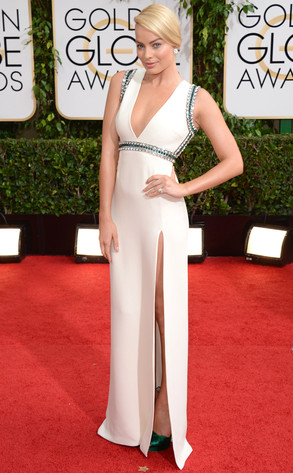 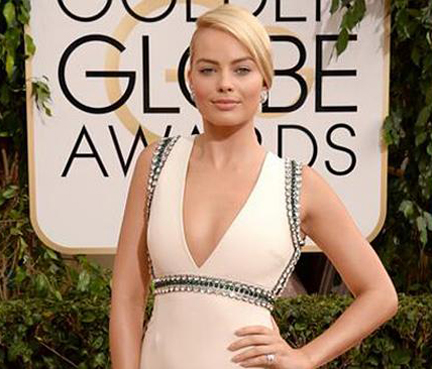 Another vote for minimalist design, Margot’s dress by Gucci is one of the few ivory gowns I’ve ever seen that doesn’t scream “bridal” and features just the right amount of bling for you mod princesses out there. If you like this look, you’ll love this pendant light fixture by Candice Olson (via Lighting City): 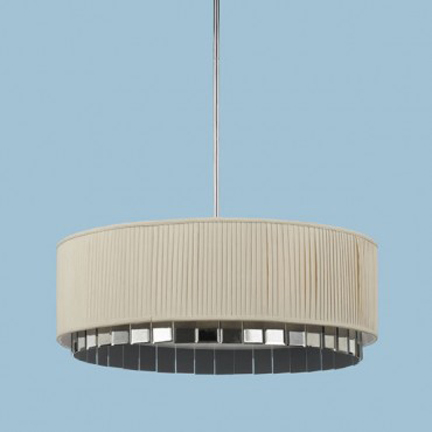 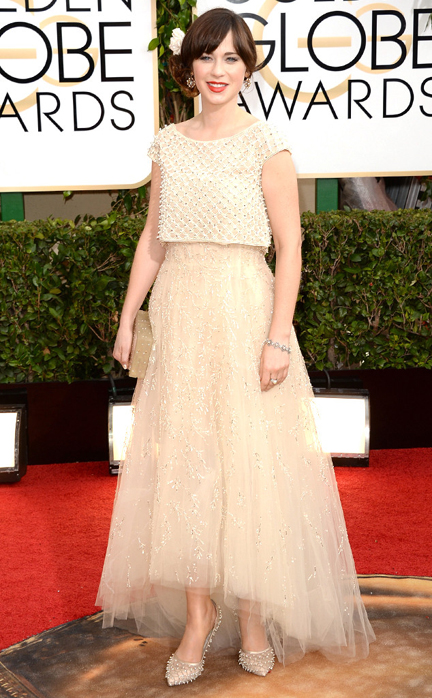 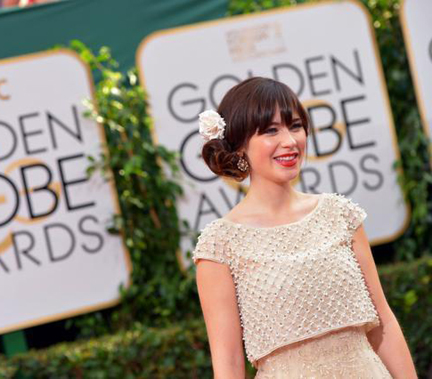 Oh, how Zooey Deschanel rocks a vintage look. There are a lot of decorative details in this ensemble by Oscar de la Renta, yet it’s not overdone. If that speaks to your style, you will probably dig this pearl pillow from Wayfair: 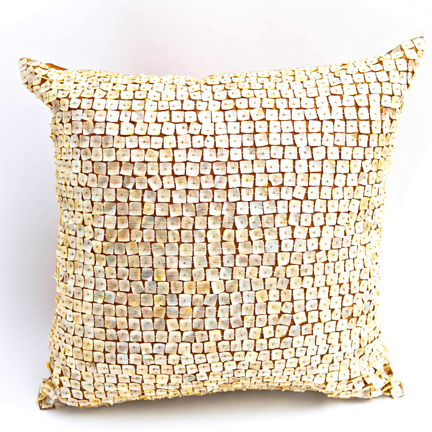 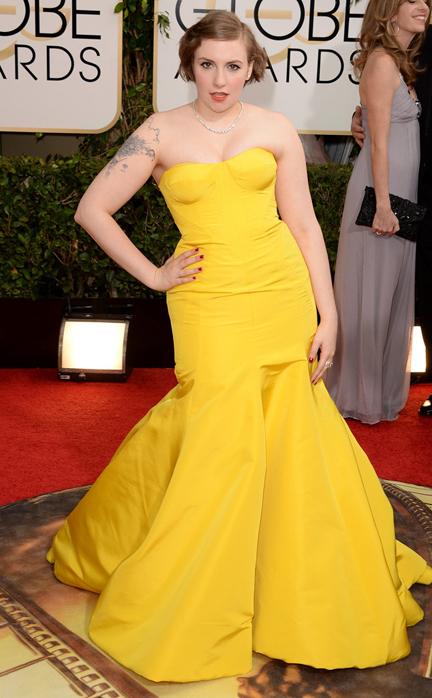 Love it or hate it, you can’t deny the wow factor of Lena Dunham’s bold yellow gown by Zac Posen. If you find this kind of in-your-face color inspiring, check out this supercute Hollywood Regency mirror with celebratory curves, available via Horchow: 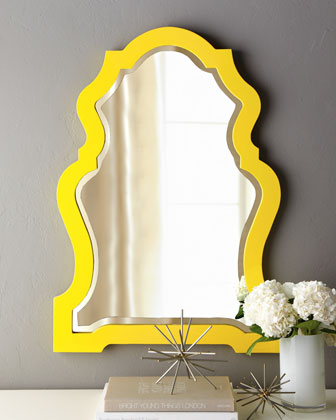 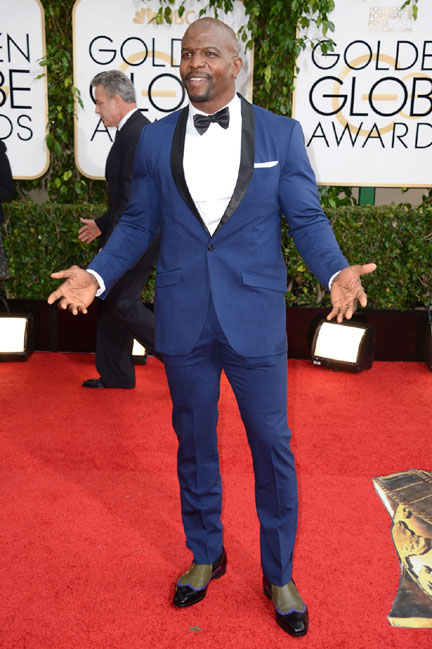 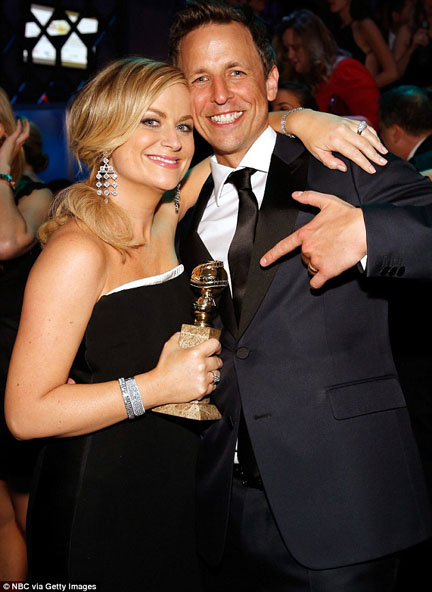 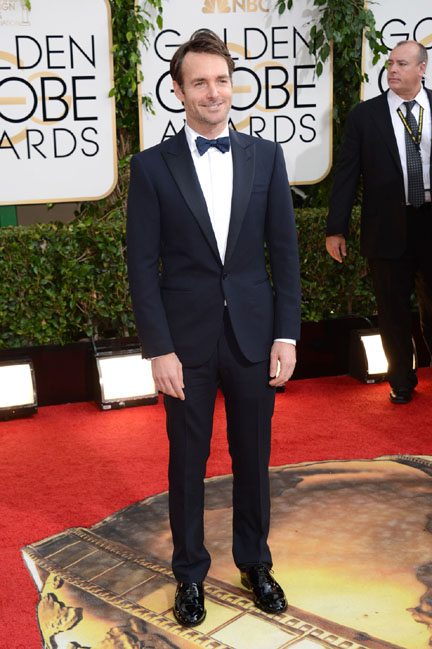 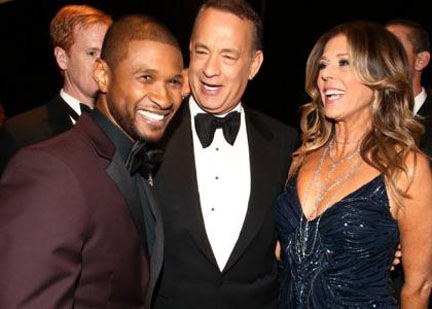 Think “colorful tuxedo” and you might conjure up images of cotton candy tuxes and ruffled shirts from 70s era proms. But the men attending last night’s Globes proved you can totally pull off color in a tux, provided you stick with classic lines, rich fabrics, and dark jewel tones. If you found yourself drawn to these looks, you can’t deny the appeal of this timeless sofa in aubergine velvet from Z Gallerie: 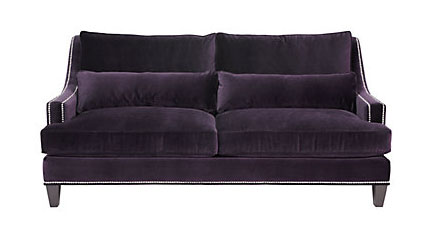 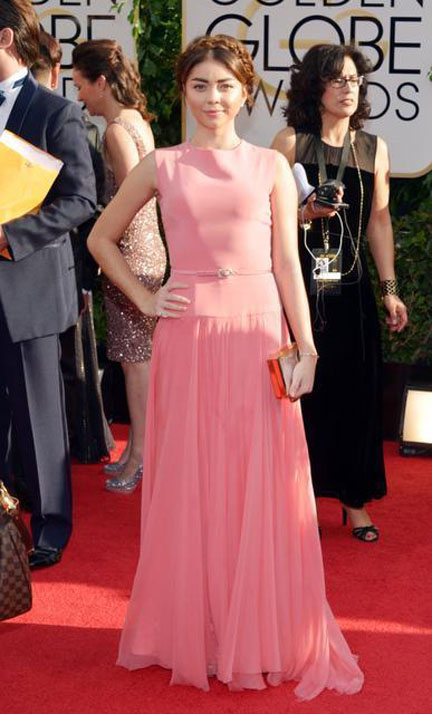 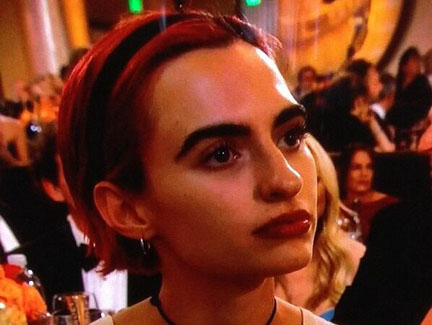 If you like this look, you’re on your own. I can’t help you. 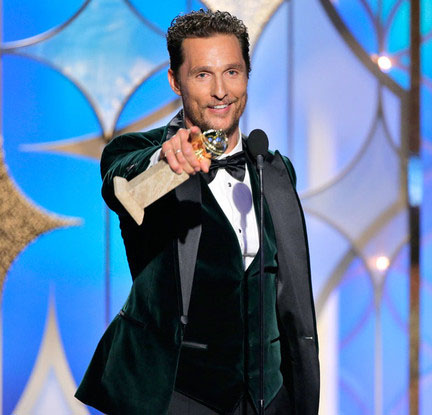 If I had a dollar for every “alright alright alright” that appeared in my Facebook and Twitter feeds last night, I could take the day off. You can dress Golden Globe winner Matthew McConaughey up and put a tux on him, but last night’s acceptance speech proved he’ll always be our lovable, naked bongo player. If Relaxed Stoner Chic describes your style, you might like: 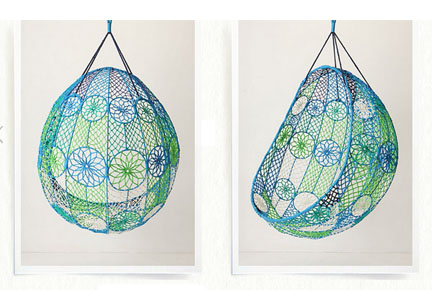