I always get SO. EXCITED. when Austin’s Modern Home Tour rolls around. Similar tours are coming up in Houston, Dallas, and California, for you out-of-towners, too (details below).

This year’s Austin tour is being held Saturday, February 2nd, with discounted tickets available through 8pm the night before. I’m trying to remain optimistic, but there’s a LOT of beige running rampant in the preview pics. You know how much I think beige blows. I’m not saying I wouldn’t move into half of these houses tomorrow, because they’re a heck of a lot cooler than my suburban home, but tour-worthy? Dunno.

That’s not to say that this year’s tour is without intrigue. There are five homes I’m curious about: 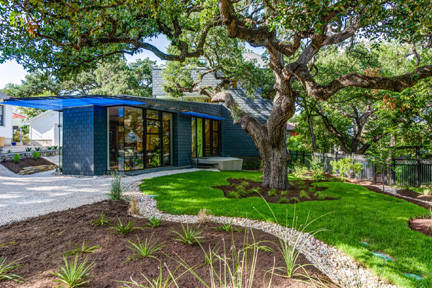 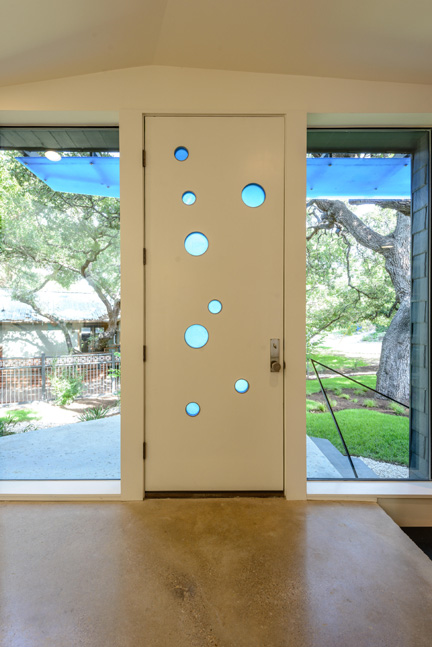 Yes, there’s a lot of beige and wood going on here, but I’m interested to see the connectivity between the shelving in the kitchen and the room divider shelves in the adjacent rooms. 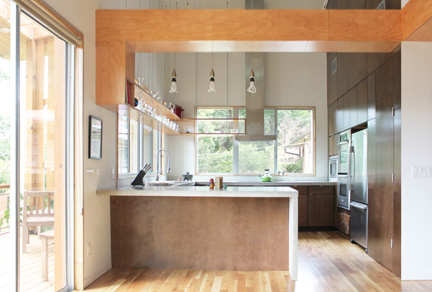 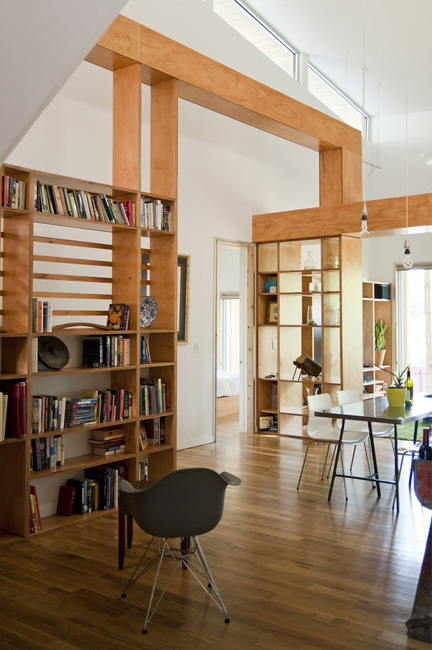 A pink front door, you say? Hells yeah. I’m also digging the bands of contrasting tones in the kitchen. 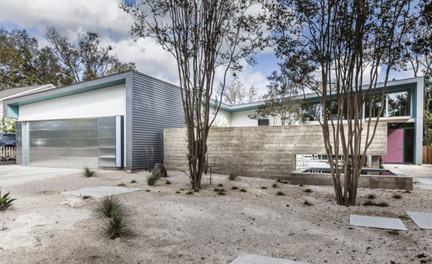 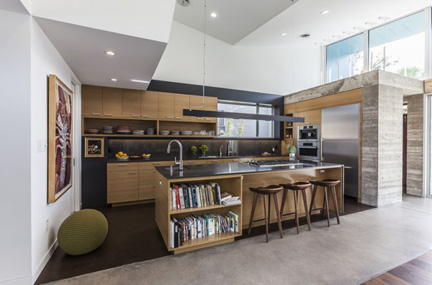 I don’t quite understand the mutant turtle thing under the cantilever, which compels me to find out more about it and why it’s there. I also covet a stripe-y driveway. 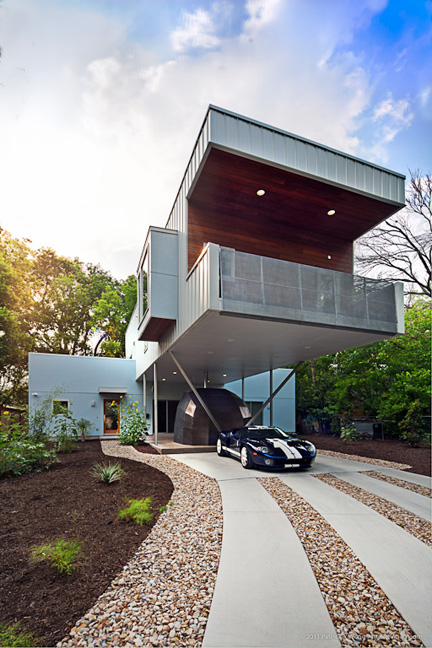 This room divider between the dining room and living room looks interesting. 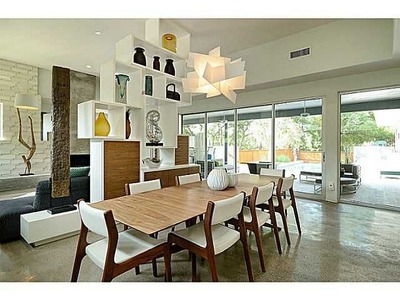 Houston, your tour is this weekend (Saturday, January 26th), lucky you!

Hate to miss it, but my newly-minted eight-year old is having a pie fight birthday bash. If I were there, I’d be champing at the bit to see this home on the tour: 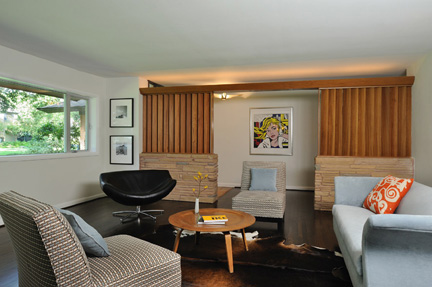 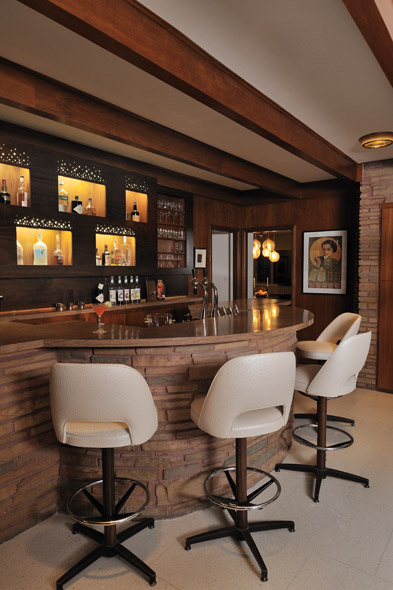 Information on other cities’ tours can be found here.