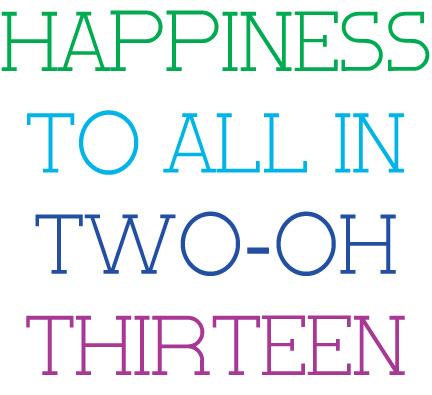 Wow, it’s 2013–and not a moment too soon! A lot happened in 2012–some good stuff, some bad stuff. That’s pretty typical, I guess. I was watching the documentary Happy on Netflix the other day (before Phoebe got bored and demanded a viewing switch) and one of the points they brought up is that bad things that happen to you usually end up transforming you in a positive way. I can certainly think of a few instances where that is a harder pill to swallow, but I can also point to a couple of experiences from last year where that is absolutely true.

Getting blood clots while on vacation at DisneyWorld was certainly traumatic for me, but if not for that “you could die from this” brick wall kind of realization, I might never have made the changes I made to my diet last year. Last January, my sister-in-law, Emily, started following the Paleo diet. If you’re unfamiliar with it (also referred to as the “Caveman” diet or “primal eating”), it’s basically gluten-free, sugar-free, and dairy-free for the most part. There are also certain things like potatoes, corn, and legumes that Paleo eaters avoid. When she told me she was doing that, I thought she was crazy. “I could never do that,” I thought. I’m a bread freak and a have a raging sweet tooth. The idea of dropping all of that cold turkey just seemed unrealistic to me. But five months later, when my hematologist officially declared me blood clot free, he mentioned that being overweight was a risk factor for getting blood clots again. Hearing that just after weighing in for the appointment and seeing the highest number on the scale I’d ever seen in my entire life, plus seeing Emily post her 50-lb before and after pics on Facebook, I started to look at Paleo a little differently. “Whatever you’re doing, I’m doing that,” I told Emily after leaving the doctor’s office. I went gluten-free, sugar-free and dairy-free on May 1st and eight months later, I am “this” close to having lost 80 FREAKIN’ POUNDS. That’s a lot of el-bees, y’all. 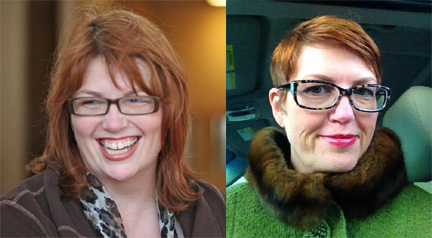 Despite the limitations of what I do and don’t eat, I have never felt so liberated in my entire life. I no longer give a crap about food, no longer have overpowering food cravings, am no longer haunted by anything in the fridge or pantry. It’s embarrassing to admit, but this is a coup of epic proportions compared to my old self. I have moments of feeling wistful here and there for foods that are nostalgic for me, or when my family is enjoying certain foods together, but I have so much more mental clarity where food is concerned that I will probably never go back to eating gluten, sugar and dairy again. I am so grateful for Emily’s example and am thrilled to be five sizes smaller in eight months. So as weird as it sounds, thank you blood clots for getting me healthy.

The other icky thing that happened last year is that my business sort of took a nosedive. I hesitate to even bring it up because it’s so taboo to talk about your business doing poorly, but 2012 was a real challenge for Room Fu. For the first time in seven years, it was like someone turned the faucet off. Where there had always been a steady stream of new clients and a multitude of projects, there was only spam in my inbox and a very silent phone. Shocking. Truthfully, I hadn’t done much in the way of marketing and promotions in probably five years. It was about time I started acting like a businesswoman instead of a glorified freelancer, and this definitely inspired my inner entrepreneur. I gathered Claire and Candis for a day of brainstorming and we hashed out some ideas for growing the business. We need to have fun, I said. We got into this business because it was fun…but in reality, we hadn’t had fun in ages. We’d gotten so efficient that we’d (I’d) lost the fun along the way somewhere. One of our big ideas was to do a contest, and the Guest Room Giveaway was born. Claire really took the reigns of that project, lining up a ton of great sponsors who donated amazing products and services to the cause. The result was a fantastic room and it was a total blast every step of the way to put it together. After the success of that, I began to actively look for other opportunities to have fun in my professional life, whereas before, I’d been solely focused on the grindstone. When a client came to me with an idea for collaborating on a series of books geared toward pre-teen girls, I was like, hells yeah. Although I’ve had concepts for three design books lodged in my head for the past five years, it had never occurred to me to write for children, and this project is just rocking my world. Plus, having another person involved has made me more accountable, and that shiznet is getting done instead of staying stuck in my grey matter. So thank you financial freakout for getting me back to fun.

As far as the new year goes, I see nothing but positives ahead and hope that is true for everyone reading this post. But I also know that if I also encounter a few bumps along the way, they are taking me where I need to go, every bit as much as the good stuff is.

That said, three cheers for good stuff in 2013!