Did you watch last night’s premiere of HGTV Star, a.k.a. Design Star Remixed? Well I did, but only because the DVR remembered it was go-time. I’m feeling so ambivalent about it, I forgot it was even starting. A reader recently asked if I was going to do my usual cast critique and I kept meaning to get around to it, but have you seen the portfolios of these people? They kind of all run together. I’ve never seen a more stylistically homogenized mix of people make it onto the show before. I don’t remember thinking anyone particularly sucked, and some were better than others…but there wasn’t (to my recollection) anything that stood out as a big, giant WOW. Well, except maybe for Brooks Atwood, but we’ll get to him in a minute.

Kind of like last year, I’m not invested enough to do in-depth recaps or reviews of everyone’s work this season. For the first episode, I’ll just share… 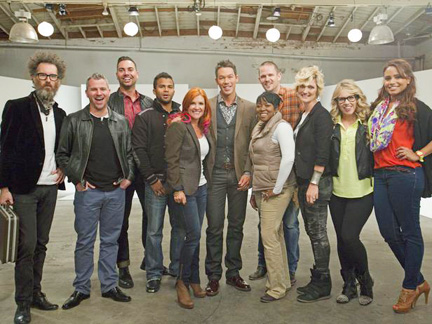 The cast of HGTV Star, with host David Bromstad. 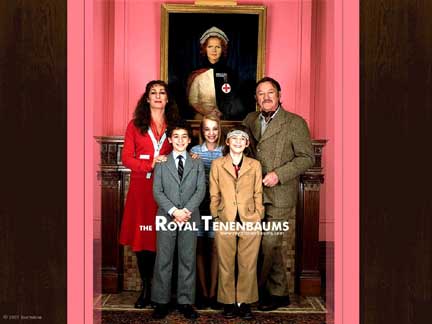 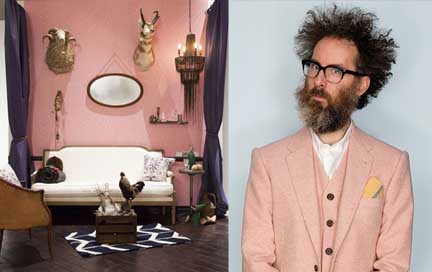 2. It turns out leopard print is a color. Who knew? Pantone is trademarking that crap as we speak.

3. Due to a wardrobe mixup, Vern Yip appeared in his son Gavin’s outfit. 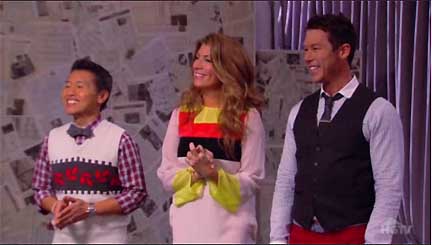 5. The only way I’ll ever watch a TV show hosted by Abby Vasek is if she agrees to start smoking pot and chill the eff out. 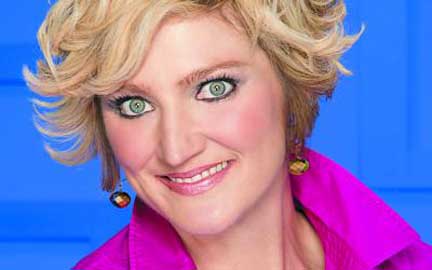 6. Brooks’ signature scent? The sweat of Frank Gehry, with notes of ozone. 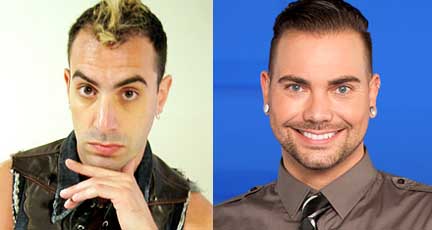 8. Anne Rue made a big deal out of Boris losing her bedding so she wouldn’t have to admit how fugly her wallpaper was on national television. 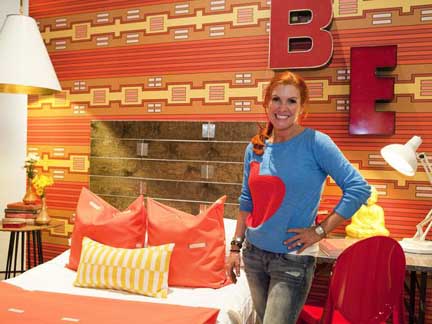 How could you possibly sleep in this crazy space? 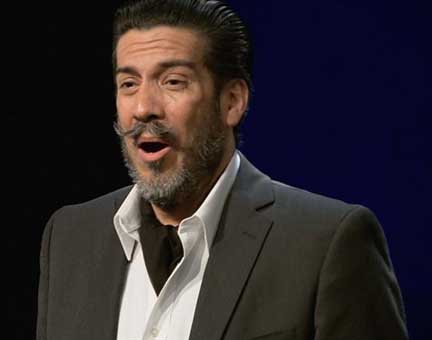 I chatted with last year’s runner-up Britany Simon last night, and when I asked her who she thought would make it to the finale, she said, “I think the chick with the wacky red hair (Anne) is a strong competitor, and Jessie and Abby seem to know their brand and look well. So I think they will go far.”

If you take a close look at the marketing side of this show, Abby is featured pretty prominently in the on-air promos, the show’s website and their photo gallery. Assuming that’s no accident, I predict they’re focusing on her to get a head start on marketing her show. Gawd help us.