HGTV seems to be fully embracing the style of reality TV lately.  Most HGTV shows have classically been very formulaic and scripted:  here’s the client, here are their issues, and here’s how we’re going to solve those issues in the perkiest way possible. 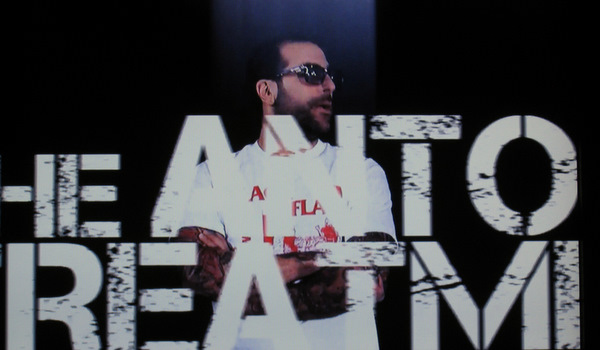 The Antonio Treatment, on the other hand, feels a little like L.A. Ink had a kid with HGTV after they got drunk at CBGBs, with a little dash of Jackass.  And I mean that as a compliment.

Gone is the pretense of intimidating, all-knowing interior designers lording over their clueless homeowners.  Antonio and his band of merry men are just here to trick it out and improve the scene.  Instead of nauseating product placements for Pledge and Swiffer, we have appearances from musicians like Helmet drummer Kyle Stevenson and Sam Maloney–Chelsea Girls drummer and former member of Hole and Mötley Crüe.  Hell, these guys won’t even make the legal department happy by wearing protective eyewear right and left.  It’s refreshing and I’m all for it, although I don’t need to see all the blood and gore when one dude splits his finger open on a cracked mirror. 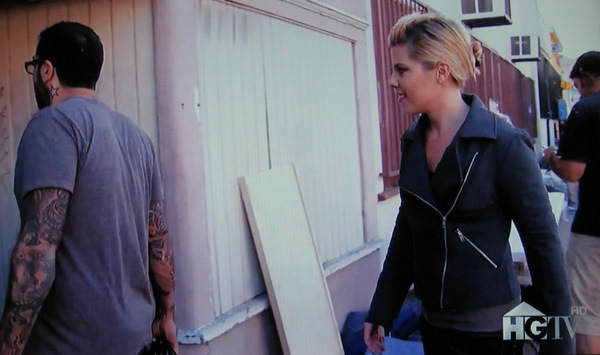 The first episode revolves around updating Avenue 34, an LA music studio that runs an outreach program for kids.  At least they used to.  The only thing you’ll find online about them is their MySpace page and it has nothing remotely  kid-related on it.  Maybe they’ve ditched the kiddos since they got their shiny new decor.

The interior space before the makeover is just disgusting.  Can’t even soften that. 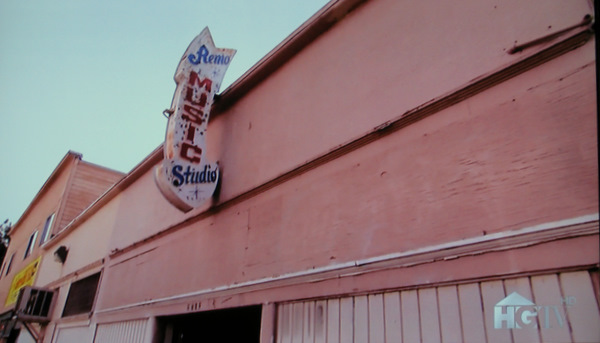 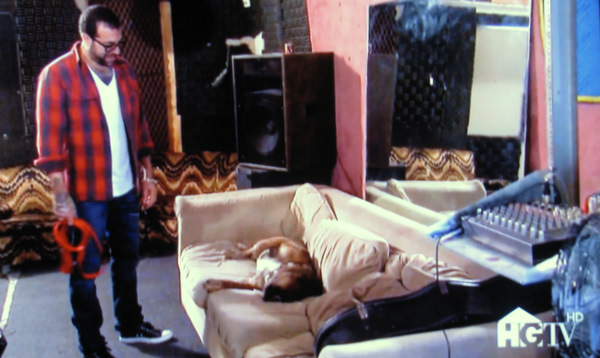 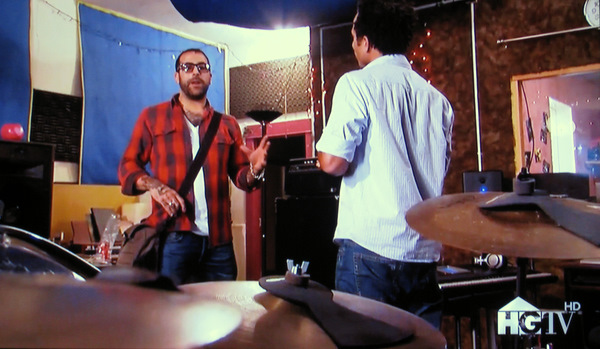 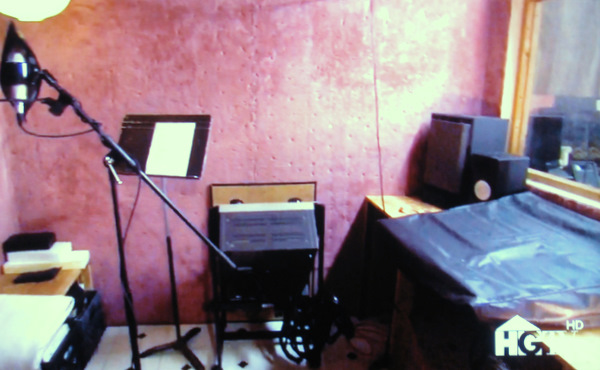 The dudes get to work.  Everything comes out…the pink 70s carpet on the walls, the ugly ass couches…basically all of the ew is eliminated.  Then they start ripping off…er, I mean, incorporating some of the hits from the last season of Design Star, including Nathan Galui’s painted IKEA couch: 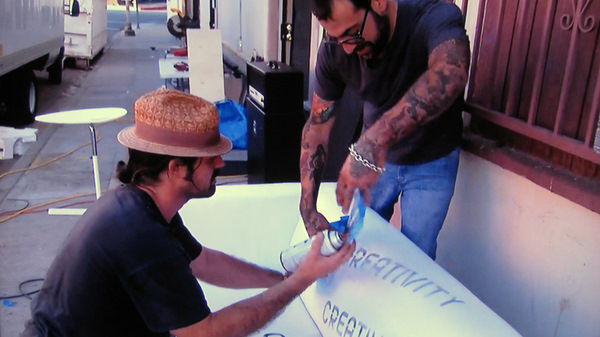 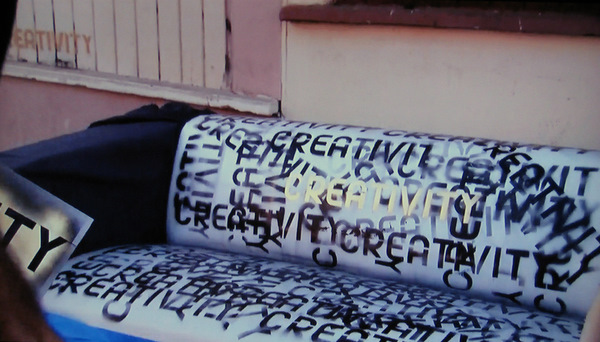 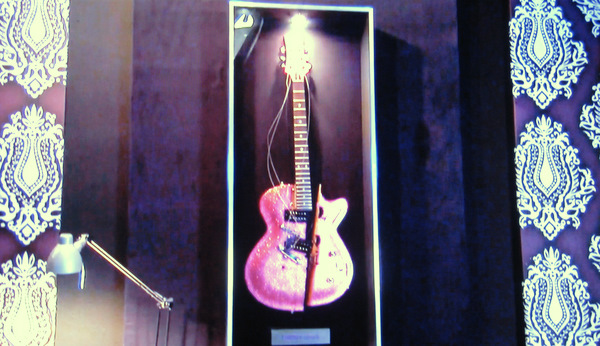 HGTV proves they're still a little scared of the rockers when they keep visually fawning over stupid Lindsay Lohan's guitar instead of the ones from Green Day, Pink, and Red Hot Chili Peppers.

But he does bring in some interesting things that other designers wouldn’t be able to pull off…the guitars from photoshoots Antonio’s worked on in his previous life as a set designer, and this neon sign over the sound booth: 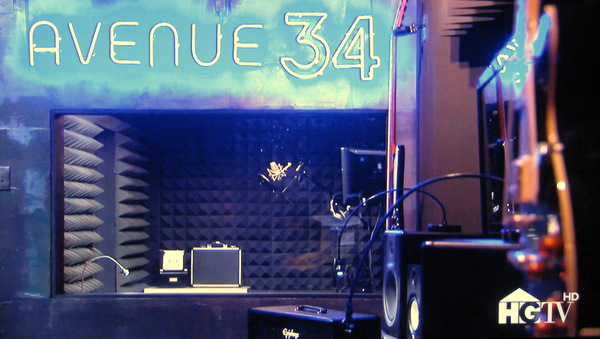 Antonio still doesn’t quite know what to do with furniture placement, but what a cool enviro!  Especially dig the rope lights under the couch, although it would’ve been cooler if we only saw the glow. 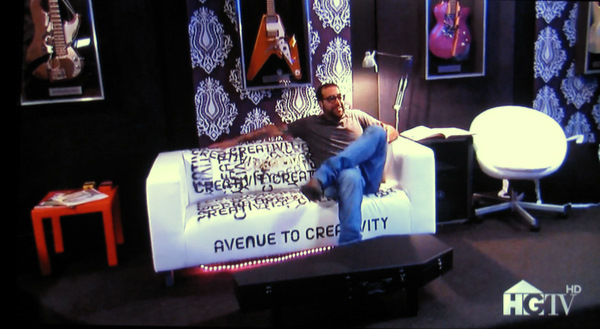 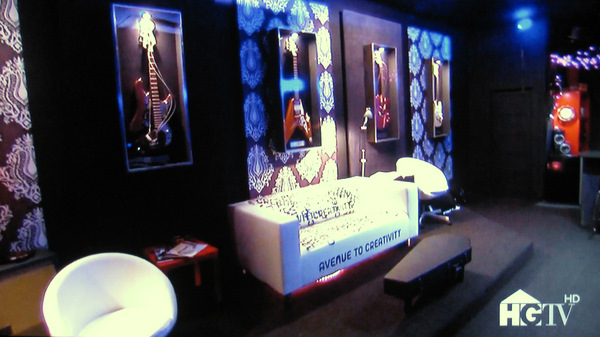 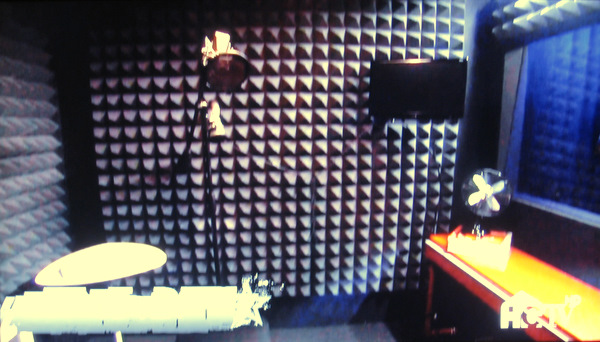 The sound booth, after the makeover.

I’m looking forward to the actual debut of The Antonio Treatment. I feel cooler just having watched it.