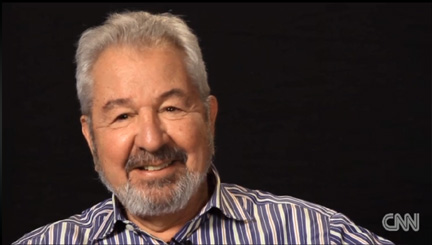 When I was still a graphic designer and creative director living in New York City, I lived in a two-room studio apartment in the West Village. Phoebe on Friends lived in my building–the character, not Lisa Kudrow herself–but the one time they featured a scene in her apartment on the show, it was about 1,000 times larger than any unit in the building in reality. Such is the case with most of the housing in the Big Apple, as you may well know.

So while I was having a blast in the city, I guess some part of me yearned for the larger home situations I was accustomed to back in Texas. I took an interest in the few home shows that started popping up on TV, despite the fact that I was living in a rental and unable to put anything I was watching into practice. Most of these shows centered on do-it-yourself home improvement projects or fix-it repairs around the house–this was back in the day before design and decorating became more of a focus on television. I cut my teeth in the industry by absorbing construction advice from shows like Hometime, The Furniture Guys and Bob Vila’s This Old House. When I bought a 120-year old, dilapidated and nearly condemned house after moving back to Texas twelve years ago, it was a This Old House experience I was after.

Here all this time, I just imagined Bob Vila being your average handy guy, but this short interview revealed some surprising and interesting details about him.

A stint in the Peace Corps? Living in Panama and Havana? Now that’s a guy I want to have a beer with.