Did you get a chance to watch HGTV Design Star Season 4 finalist Jason Champion on Showhouse Showdown last week? If you’ve never seen the show, two designers face off against each other, designing three rooms in identical model homes. Jason’s episode went down in Dade City, Florida, and he won!

Here’s what you missed: 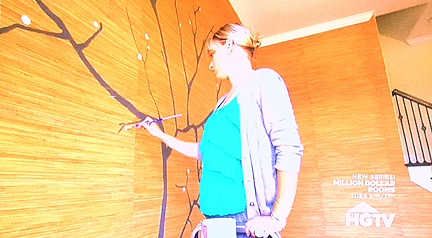 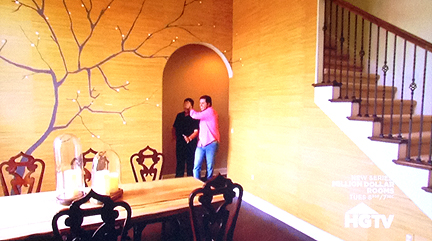 Jason Champion reveals his dining room to the host.

Jason found some metal cabinets from the 1950s at a junk shop and incorporated them into his family room design: 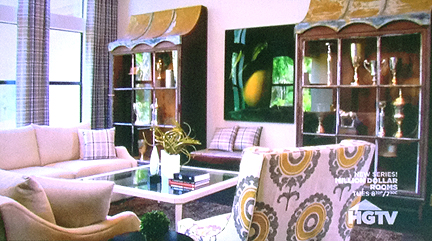 But the piece de resistance was Jason’s design for his “room of knowledge.” Jeb and I would die twice to have a room like this. Floor-to-ceiling bookshelves? Bookshelves wrapping the interior of the rotunda? Library ladder? 2,875 books? 1960s aviator desk? Yes, yes, yes, yes, and yes. 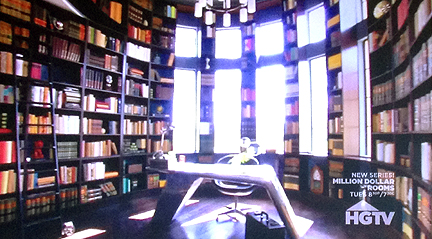 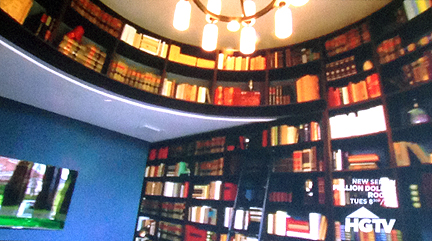 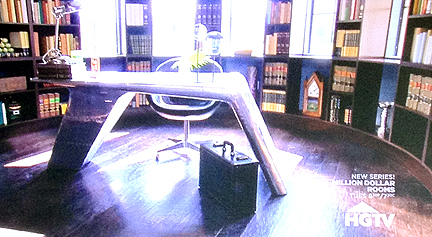