Jeff Andrews: Designer to the Stars!

Jeff Andrews: Designer to the Stars! 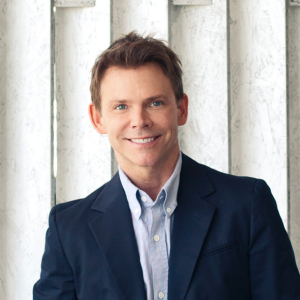 LA interior designer Jeff Andrews has a client roster that would blind you with all of its star power. He’s worked with Ryan Seacrest, he’s worked with Michael C. Hall and America Ferrera, and good gawd, he’s practically a Kardashian after designing so many homes for that famous family. I expected him to be someone who was all Hollywood glitz and glamour…and to be honest, I didn’t expect to like him a whole lot.

Totally fell in love with the guy after a minute.

Jeff was so warm and so genuine and such a lovely person to spend a half hour on the phone with. It’s just a shame you all couldn’t sit in on the conversation with us because you would’ve loved him too. Please go read my interview with Jeff on Williams-Sonoma Designer Marketplace and check out some of his gorgeous work on his website.

Here are a few outtakes from the interview that I saved for this blog:

ROBIN: I was really fascinated by the Dexter room you did for the Showtime house based on Michael C. Hall’s character. I think there was the potential for a lot of cheese factor in that room but what you created was really beautiful and all of the nuances of the items you selected and the things you did in the space that related back to the character—I was really impressed with that. I noticed also that you worked with Michael C. Hall personally.  Did you work on his home before or after you did the Dexter room?

JEFF: Before, but also a little bit during. The fact that I knew Michael was a plus for me because I talked to him briefly about it and asked him, “What would Dexter be reading, and what would he have in his man room?” This was like a place nobody else would go to—it would be his escape. That was my idea for Dexter’s Refuge. He gave me such great insight, so there are a lot of subtleties in that room. Everything was geared around research. I designed it as if Dexter was my client—not Michael, but the character. I had so much fun working on that project and approaching it not as a set, but as an actual possible real space. So many people responded to it like you did—it was great. I feel like if I never do another project like that, I had the perfect experience.

Since you work with so many celebrities, I have to ask. Have you had your fair share of tantrums and diva-style behavior?

Take every negative stereotype you may imagine about an interior designer who primarily works with A-list celebrities and throw it right out the window. Despite the fact that Jeff Andrews has a client roster with some of the biggest names in the entertainment industry (Kardashians, Ryan Seacrest, Michael C. Hall, America Ferrera) and a list of press credits that features multiple appearances in all of the hottest shelter mags, Jeff is one of the most down-to-earth people you’ll ever care to meet. With his amazing talent and thoughtful perspective, it’s no wonder his design services are in high demand.

I was intrigued to read that you used to be a choreographer. Is there anything you miss about that life?

Yes, I miss a lot about that life. It was a different creative process for me that kind of exercised different parts of my brain. It was more of a physical process than design is, although they both are creative and about the big picture. With choreography and direction and the kind of work I was doing before, I had a lot of freedom to do what I wanted because it was based around movement and an inner voice that I still call upon, but in a different way. I miss it, but I’m also really happy with what I’ve turned it into in my life.

Sometimes it’s harder when you’re trying to reflect someone else’s personality versus getting to project your own.

It is, but as you become more successful as a designer, you definitely get a lot more leeway. The more you climb up the ladder, the more you’re able to express more of yourself as a designer and add your personal taste into your projects because your clients want exactly what it is you offer and what your vision is.

I read somewhere that you got your first interior design job from Eleanor Mondale. What do you think it was about you that made her trust you to design her home when you didn’t have a body of work to demonstrate your abilities?

I think more than anything, it was just that our personalities clicked. Looking back, and looking at where I am now, I think that’s always a key factor in the way it works with clients. It’s just a matter of your personalities meshing and your vision being the same and everybody being on the same page. As my first client and as a friend, she gave me the confidence to take the creativity I was using in other areas and funnel it into design, which had always been a passion of mine anyway. We ended up doing about four homes together. To have someone like that who lifts you up and tells you, “You can do it”…you just do it! It’s the perfect storm.

Were you just at the right place at the right time, or what do you think enabled you to catapult into the celebrity design market?

Timing is important, but I think there’s a plan for everybody and there’s room for everybody if they’re open to it. I’ve just been put with the right people and those people told other right people. There are a lot of designers working for celebrities—I’m definitely not the only one. I feel like I’ve been put with the people where our personalities have clicked and our vision has clicked. Every project and every person that I end up working with makes me a better designer and a better businessperson. I’m lucky.

As a designer, I really enjoy working with color, so when a client says, “You can do anything, color-wise,” I just think, “Oh, YAY.” When you’re interviewing a client, what makes you think, “Oh, thank God!”

When clients talk more about how they want to live and how they envision their life and things being organic and the process of creativity—when they talk more about that than they talk about budget, I think it’s going in a good direction. I mean, no one has an unlimited budget—everybody has parameters and that’s really important, but I think when people are going through any process with an open mind, it really helps things start to flow. Their life is going to continue after I’m done with the project, but during the process, it’s my life as well, so like any other relationship, everybody has to be on the same page and respectful and as a designer I have to be able to go down some different roads that aren’t always going to be the perfect path. I have to open a few doors to get to the right one and if I’m allowed to do that, when I get to the right door and we all go through, then everybody’s happy.

You’ve mentioned before that you prefer monochromatic rooms and yet your designs don’t ever lack drama. What is your secret to making sure that a monochromatic look doesn’t become boring?

I like to layer varying shades of a palette with many textures and subtle patterns. The furniture, lighting, art and accessories then become the focus, and the drama is quiet, but effective. I feel a room should keep revealing itself to you the longer you are in it…not scream at you the second you arrive.

Although LA’s design community has started to rebound, it was pretty hard hit by the recession. Did you have to change anything about your business to keep money flowing during that time? Or were you one of the lucky ones who were able to ride it out pretty well?

I have to say, I was pretty fortunate. I took on a few projects that I may not have taken on otherwise, but I’m a very lucky person as far as who I’ve worked with and how one thing has led to another. I think it’s a testament to how hard I work, how much I care about my clients, how much I value the collaborative process and how everything is integrated with everything else. I pride myself on not being a complicated designer. I don’t find any value in that. I’m opinionated, but I’m not bullheaded. I’m more interested in pulling things out of the client than shoving things down their throat.

Speaking of collaborating with clients and prioritizing their style above your own, is there one home you finished and thought, “This is SO me.” Like you could walk in there and not change a single thing for it to really reflect you personally?

No. I live completely differently than my clients. What I can say is that there are homes that are so totally “them” which are also totally “me.” Not that I would move in with my toothbrush, but I feel like the outcome was perfect.

What makes your way of life so different from your clients?

Your work has been featured in an impressive number of magazines and there are a bazillion interviews of you all over the internet…having already bagged all of those accolades, is there anything you haven’t done or achieved yet in the design world that you’re itching to do?

I’m just starting to work on my own product development. I’m itching to do that. I’m putting more effort into my own designs and what my voice is going to be as a product designer. That’s exciting for me. I want to do it right. I’m very fortunate to be where I am right now and I’m really thankful for the opportunities that I’m given. I think that’s why I work so hard.

This is your second career…can you imagine ever having a third? If so, what would it be?

Yeah, I could. I don’t know what it would be. I do think about that from time to time because my checklist is getting shorter. I think it would have to be in the area of product development. It’s still going to be a creative, visual process for me and calling upon what I know and what I like and not trying to do anything beyond that.

I’m working on a house in Lake Tahoe that we’re building for a family from San Francisco, a penthouse in downtown LA for a repeat client of mine, and I’m starting a new ground-up project in Bel Air. I’m doing a few more things with Kris Jenner and I’m finishing up another house for a basketball player I’ve worked with before. There are a few amazing things on the horizon that I can’t talk about yet, but my future is bright! And I hope there are some vacations in there, because I’m going to need it!

Visit jeffandrews-design.com to see more of Jeff’s fabulous portfolio, and stay up-to-date on his star-studded projects by following him on Facebook.