Just Say No To Fugly Furniture

Just Say No To Fugly Furniture

I sometimes think that the more fame and money someone has, the less likely it is that they have good taste.  Down here in the South, we call it Cash Without Class.  There are many exceptions to this rule…but Michael Jackson wasn’t one of them.

Case(goods) in point, this disgusting bunch of tripe he ordered before his untimely demise: 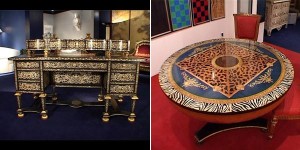 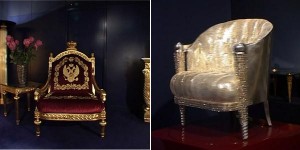 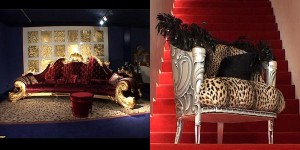 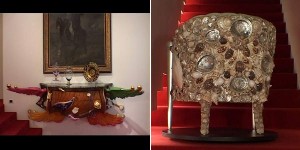 It pains me that $700,000 was spent on this total crap.  Even worse?  They’ll keep it and put it on display, where millions of people will part with their hard-earned money for the privilege of strolling past it, just because a singing/dancing child molester (um, alleged child molester) wanted it for half a second.

I’m always wanting to repurpose furniture rather than throwing it out…but I have to say in this case, the only way to improve upon this mess is to break out a flamethrower.

Via @HomeDecorNews on Twitter, via Freshome: Interior Design & Architecture.