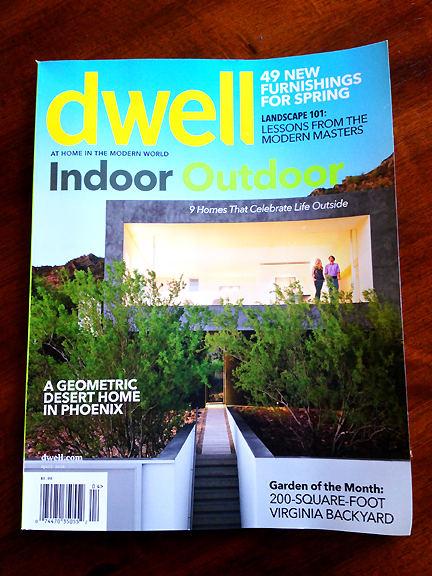 We’re chatting about the April issue of Dwell in today’s Magazine Monday. Some highlights you won’t want to miss… 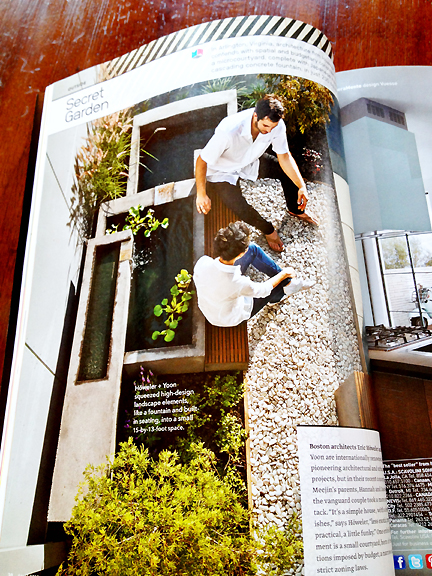 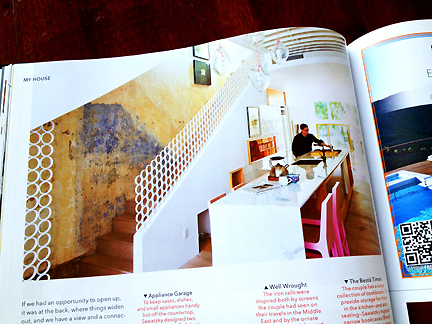 From the same home, this colorful living room floats my boat: 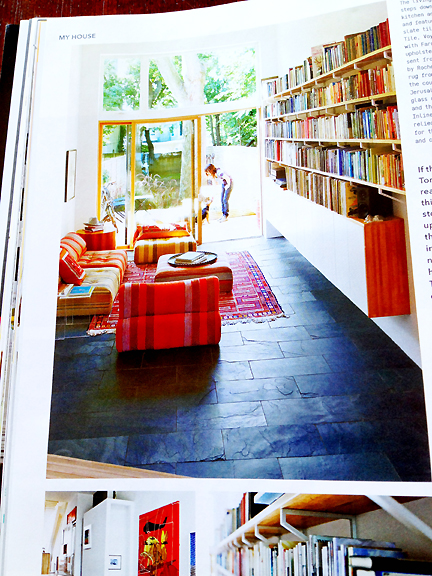 I don’t pick up Dwell very often (the spaces are so unattainable!), but when I do, there’s always a funky, mod treehouse in the magazine. Here’s the one from this issue: 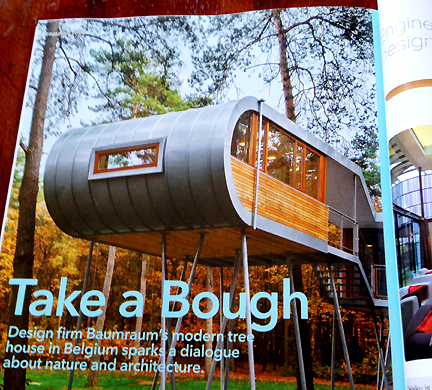 Hard to mention Dwell without including a note about Unhappy Hipsters. Monday’s a good day for a few laughs at Dwell imagery via this hilarious blog. You will literally laugh out loud, all caps.

Join us on Pinterest to see all of the amazing things we’ve pinned from this issue of Dwell, and come back next week for another episode of Magazine Monday!