Ikea’s 2010 catalog came out recently, and besides sounding weird to nearly be through our aught years, there are some crazy price reductions and new stuff worth alerting you to.

First of all, there are some special weekend deals to be had:

If you dare visit Ikea over Labor Day weekend, you may score a cotton-covered version of the SÄTER sofa for $199.  Great for playrooms, where you know whatever’s there is just going to be destroyed anyway.  (Note: the deal is only good September 4th-6th, so if you try strolling in on Labor Day itself, you’ll be too late.) 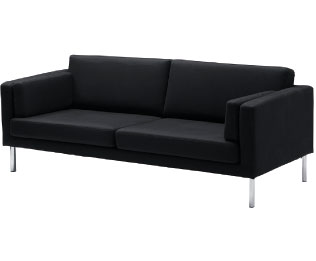 You can get what I consider the best deal, September 18th-20th.  They’ll be selling this set of three MARTORP nesting tables for just $49.  I say it’s the best deal because they actually look pretty decent and don’t necessarily scream “CHEAP (Inglorious) BASTERD!” 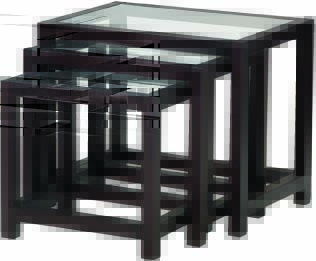 They’ve slashed everyday prices (yikes, sounds reminiscent of a Wal-Mart ad) on some of their existing furniture pieces as well.  Like this KARLSTAD loveseat, which used to be $579 but is now $479:

The LACK side table used to be cheap enough at $12.99, but is now a ridiculously low $7.99.  You can barely buy a picture frame for that, even at Ikea.  (There are similar price reductions on other LACK items.)

The LACK side table doesn't lack for options. It's available in seven different colors!

Walk like an Egyptian, but sleep like a sultan on a SULTAN FIDJETUN memory foam mattress. The queen size used to be $349 but is now $249! 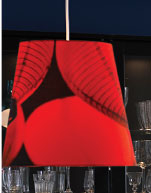 Here’s a cute little coverlet, in spa-bedroom white (also available in dark gray and red).  This ALINA set comes with the bedspread and two shams, and is just $69.99/queen. 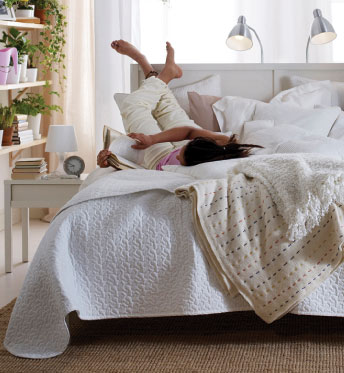 The sleek new BESTÅ BURS desk is extra-long at over 70″ and comes in three high-gloss colors: red, black and white.

THERE ARE FREEBIES TOO

It’s one thing to offer free refills on soft drinks in the cafe, but did you know that Ikea serves FREE coffee every morning for 30 minutes prior to store opening?  They will also grant you one FREE jar of baby food when you purchase an adult meal.  Who knew?