No time for blogging lately–grrrrr, but yay! Yay, because I’m staying busy with a huge uptick in the client roster. Anytime I start getting sketchy about posting, you can always assume it’s because my workload has gotten crazy. For a self-employed person, that’s always a good thing!

So on those days where my time is limited, I resolve to post One Great Thing. Today I’m kicking that off with these awesome Capiz Orb Pendants from West Elm. 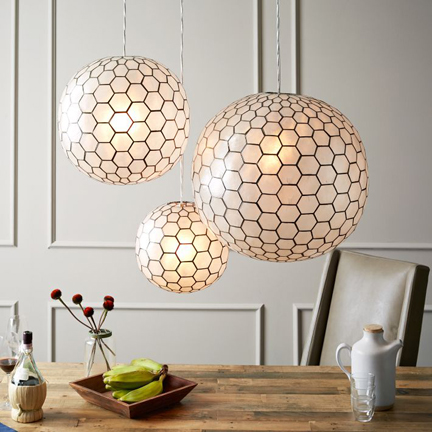 Not only are they cool-looking, but right now, they’re 20% off (as are all of West Elm’s lighting). Don’t know how long the sale will run, so if there’s something you’ve been eyeing, you better pull the trigger while there’s a nice discount.