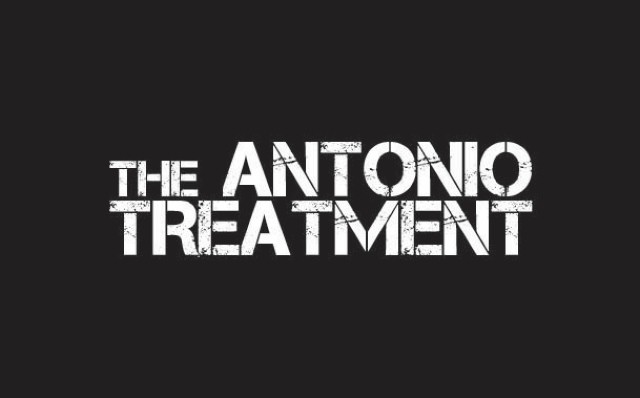 If you’ve been following HGTV’s Design Star over the past four seasons, you’ve seen them pick a standout who’s become a total star (David Bromstad, Season 1), a poised professional whose show kind of fizzled out (Kim Myles, Season 2), a smiley sweetheart whose show never quite got off the ground (Jennifer Bertrand, Season 3)…and now an edgy, tattoo’d dude with a cartoon laugh (Antonio Ballatore, Season 4).

After seeing three episodes of The Antonio Treatment, I can’t predict whether or not Antonio’s show has the staying power of David’s Color Splash.  It all depends on whether or not HGTV truly unleashes the beast.

It’s just a total mistake to have Antonio work on an average living room.  The work/live combo space he did for the deaf cartoonist and his wife in “Sign for Design” was…meh.  I would’ve called this makeover a “tweak” and not really a transformation.  The room stayed the same, it just changed colors and became newer.  The outdated ’50s fireplace turned into an outdated ’80s fireplace.  The Ikea workspace turned into an Office Depot workspace.  I did like the new couch, but that wasn’t enough to make the room.  As for the “sign language” on the ceiling…umm, not sign language.  Was interesting looking, for sure, but the rest of the space didn’t quite measure up.  It could’ve been designed by anyone–it didn’t have that Antonio stamp.

On the other hand, the episode centering on Mario Lopez’s home and work gyms allowed Antonio to be Antonio.  I loved the subliminal Mexican flag on one wall in the form of two lightbox art pieces that glowed red and green.  The vintage boxing posters printed on reclaimed wood looked phenomenal–what an amazing idea!  The sunburst pattern on the rubber flooring seemed like a bitch to install but looked pretty cool.  Overall, both gyms felt like Authentic Antonio. 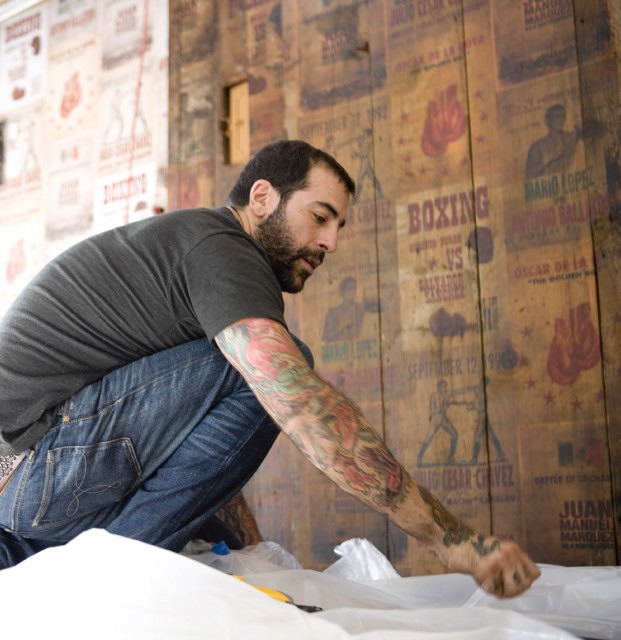 In the promo for the rest of the season, we see a hyper-vintage kitchen in pinks, blues and yellows that I’m holding out hope for, because it screams SET DESIGNER.  At the end of the day, that’s what I want from The Antonio Treatment.  If I want to watch just another makeover show, I have plenty of options.  If I turn on The Antonio Treatment, I want to see the HGTV Freakboy be a freakboy…or there just doesn’t seem to be much point.

Even if sidekick Hooper does have dreamy hair.