The Perfect Mindmeld of Art & Architecture

The Perfect Mindmeld of Art & Architecture

Room Fu staged this home for the 2011 Modern Home Tour in Austin, Texas.

Here is an example of how Room Fu designers approach art buying and installation.  There is never a conversation about how this or that piece will match a sofa.  We call that “sofa art,” and sofa art is something you buy down at the Best Western when they bring in a truckload of factory-produced paintings.  Instead, we advocate collecting art you love and then figuring out where to hang it.  For this staging project, we gathered our favorite pieces from local artists and from the Art on 5th gallery and then set about placement.  Satch Grimley‘s Wall of Sound echoes the lines of this modern stair railing, so it naturally looks amazing on the landing of this staircase.  Satch is a silkscreen printer by day and created these mixed media pieces mostly from concert posters he’s printed.  Each strip is a composition all its own. 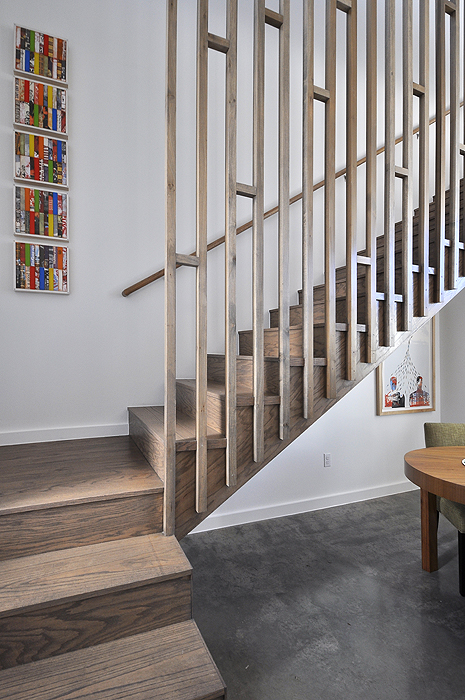 Peeking out from under the stairs is another work by Satch Grimley, called Facing the Future Together.

If you have a two-story home, it’s important to hang a statement piece at the top of a stairwell to draw your eye up to the second floor.  This piece by Brian Barry is particularly effective in that regard, due to its grand scale, mysterious composition and use of color. 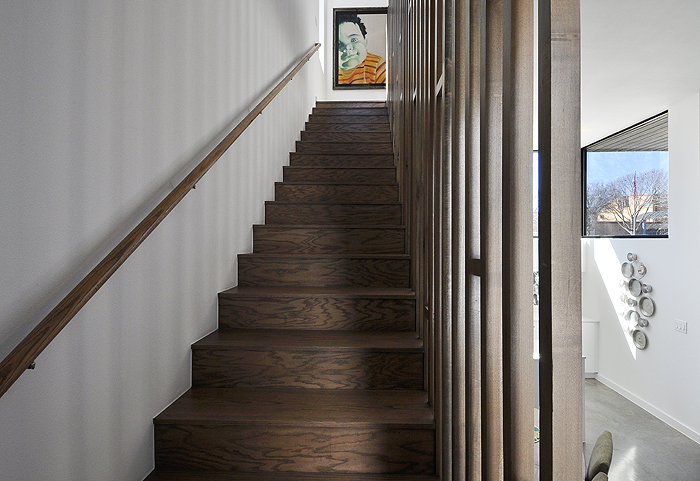 We applied the same attention to detail to the exterior of this modern home.  After seeing Paul C. Oglesby’s concrete sculptures during the 2010 East Austin Studio Tour, we had to have one for this house.  It really looks stunning out front! 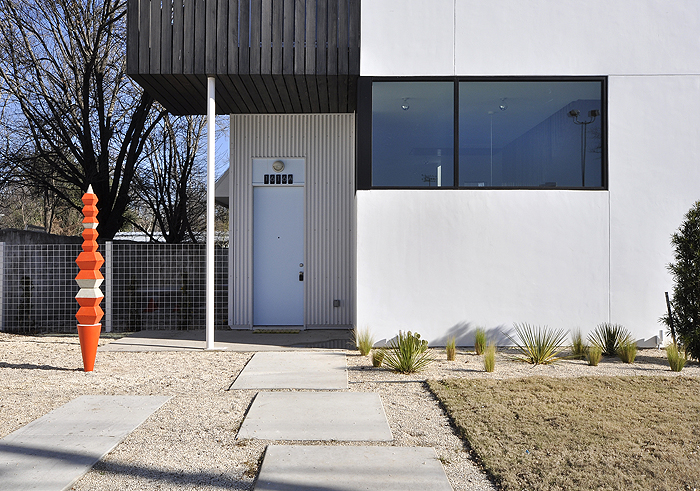 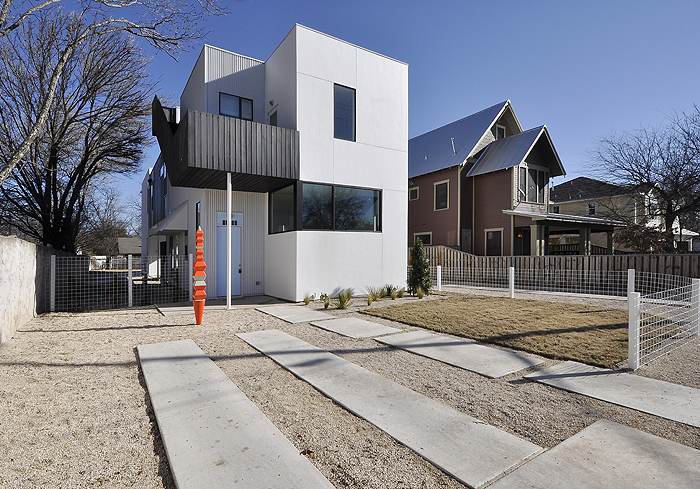 In the back courtyard area, we incorporated a ridged concrete bench by Efrain Velez, which coordinates wonderfully with the home’s siding, and more of Paul’s work. 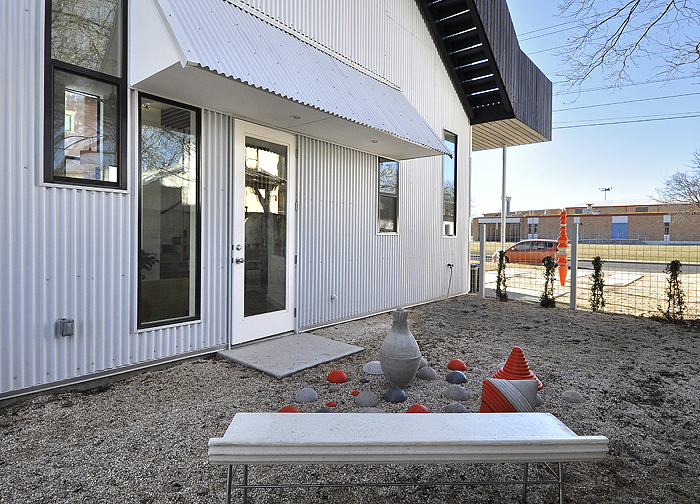