If you’ve ever dreamed about remodeling a bathroom in your home⁠—and whom among us hasn’t entertained that fantasy⁠—being forced into it after water damage wrecks your house probably doesn’t factor into the equation. That’s the situation Elaine and Ed found themselves in, thanks to frozen pipes that burst. Ground zero was this Jack & Jill bathroom, shared by their daughters, whose pipes had frozen and burst. Here’s where we started with this bathroom remodel: 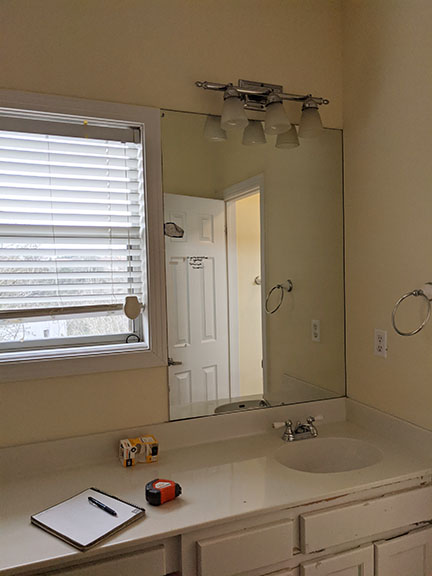 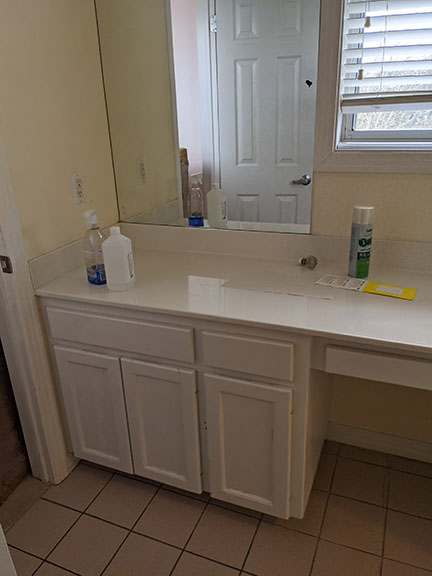 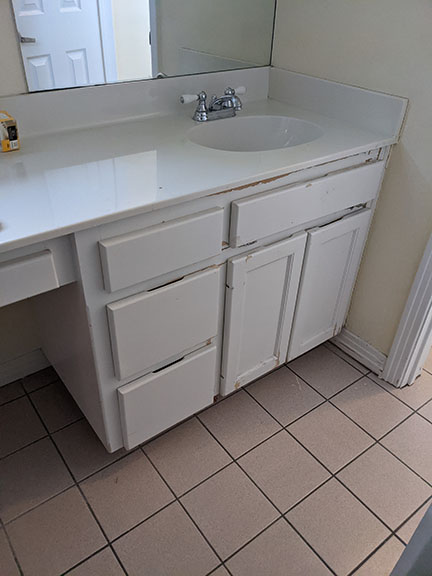 Prior to the remodel, this bathroom featured builder-grade finishes you’d expect to find in secondary bathrooms used by kids, like cultured marble countertops and standard-issue fixtures. But now that the couples daughters were college-aged, it was important to update the space with a more grown-up design sensibility.

If you’ve ever been through an emergency bathroom remodel, you can appreciate how gratifying it is to create a chill vibe in the aftermath, and nothing says chill more than this spa-worthy, sage green tile, which became our inspiration for the bathroom redesign. 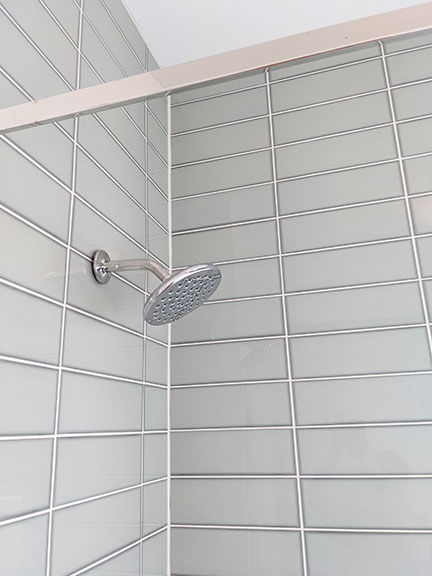 The color is clean, fresh, and serene. 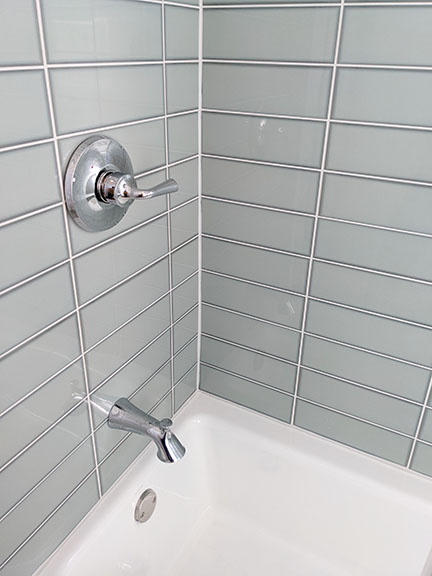 A ledge/bench seat behind the new Kohler tub is topped with large, white tile, for minimal grout lines on a budget. 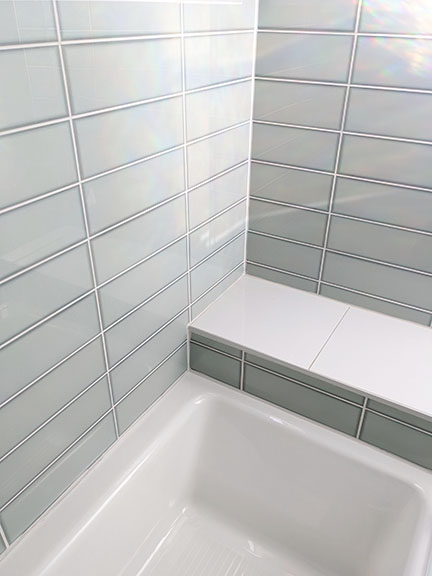 (Texture on the window in the shower is what’s providing this ethereal holographic effect on the tile.) 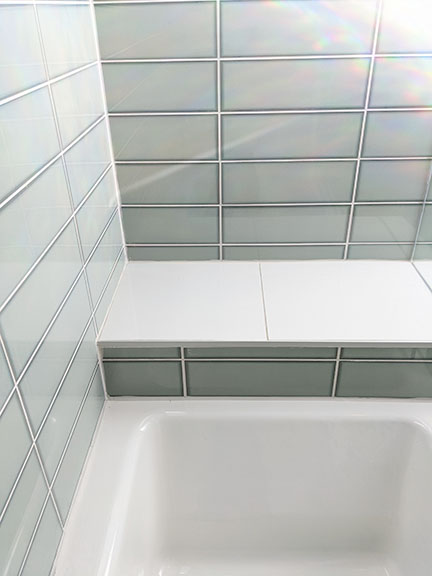 Fortunately, the vanity cabinetry wasn’t damaged during the flooding, so we were able to repaint it an icy green shade to coordinate with the tub/shower surround, and chose a warm white for the walls. We selected simple chrome framed mirrors and white quartz countertops, keeping things sleek and fresh. The clients had previously installed luxury vinyl plank throughout much of their home, and opted to continue it into this bathroom for seamless thresholds. 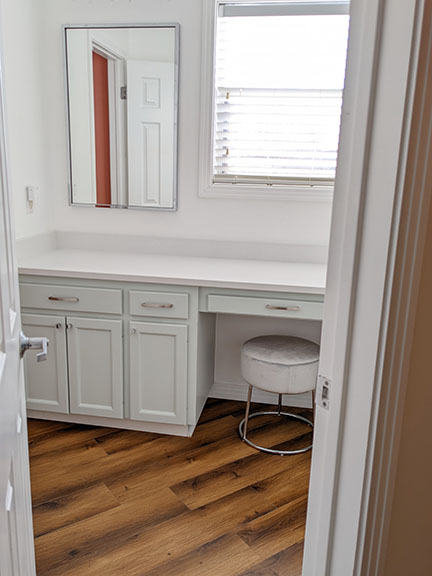 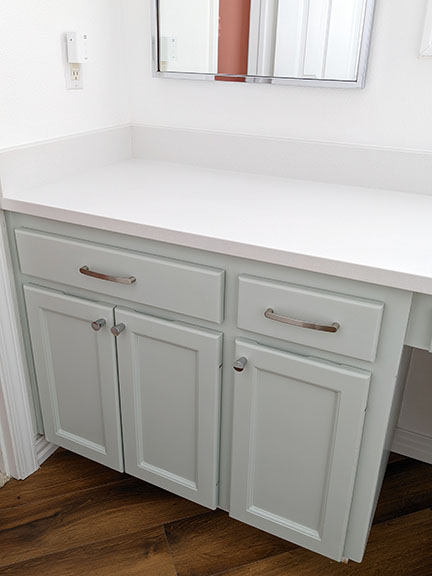 They found a sweet gray velvet stool for the open vanity spot, and it’s pretty perfect! 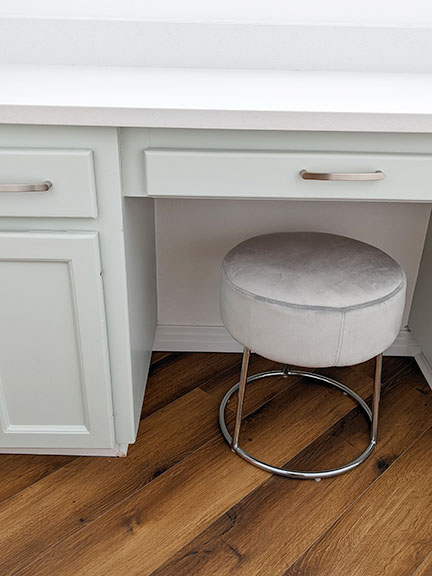 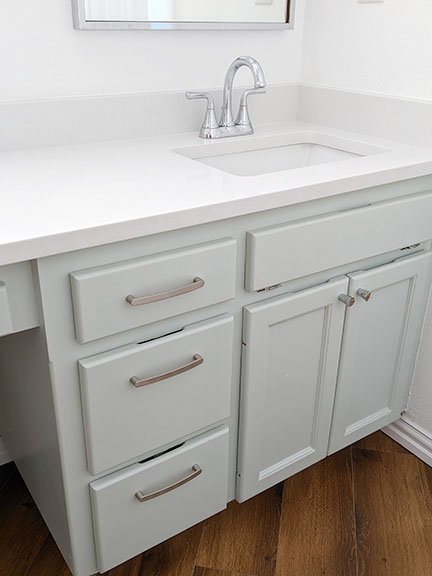 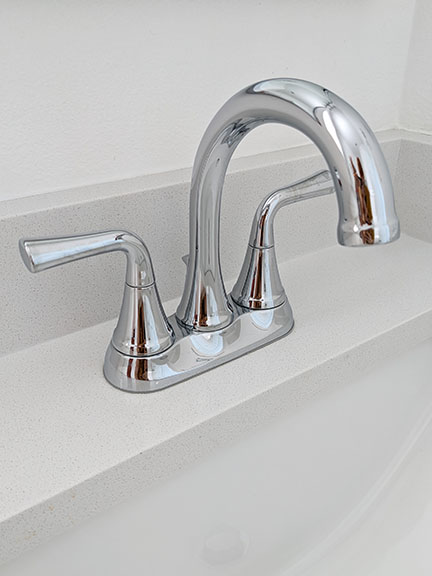 For the vanity lights, we selected similarly modern fixtures in chrome. 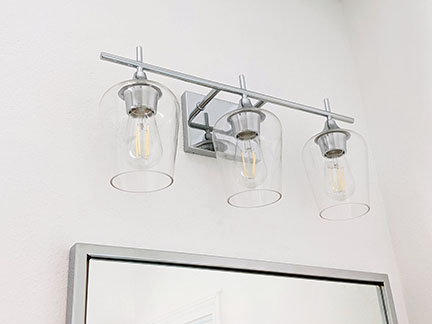 Check out our design for the kitchen remodel in this home as well!